JFD401: The Visitor, The Wraith, Sunshine 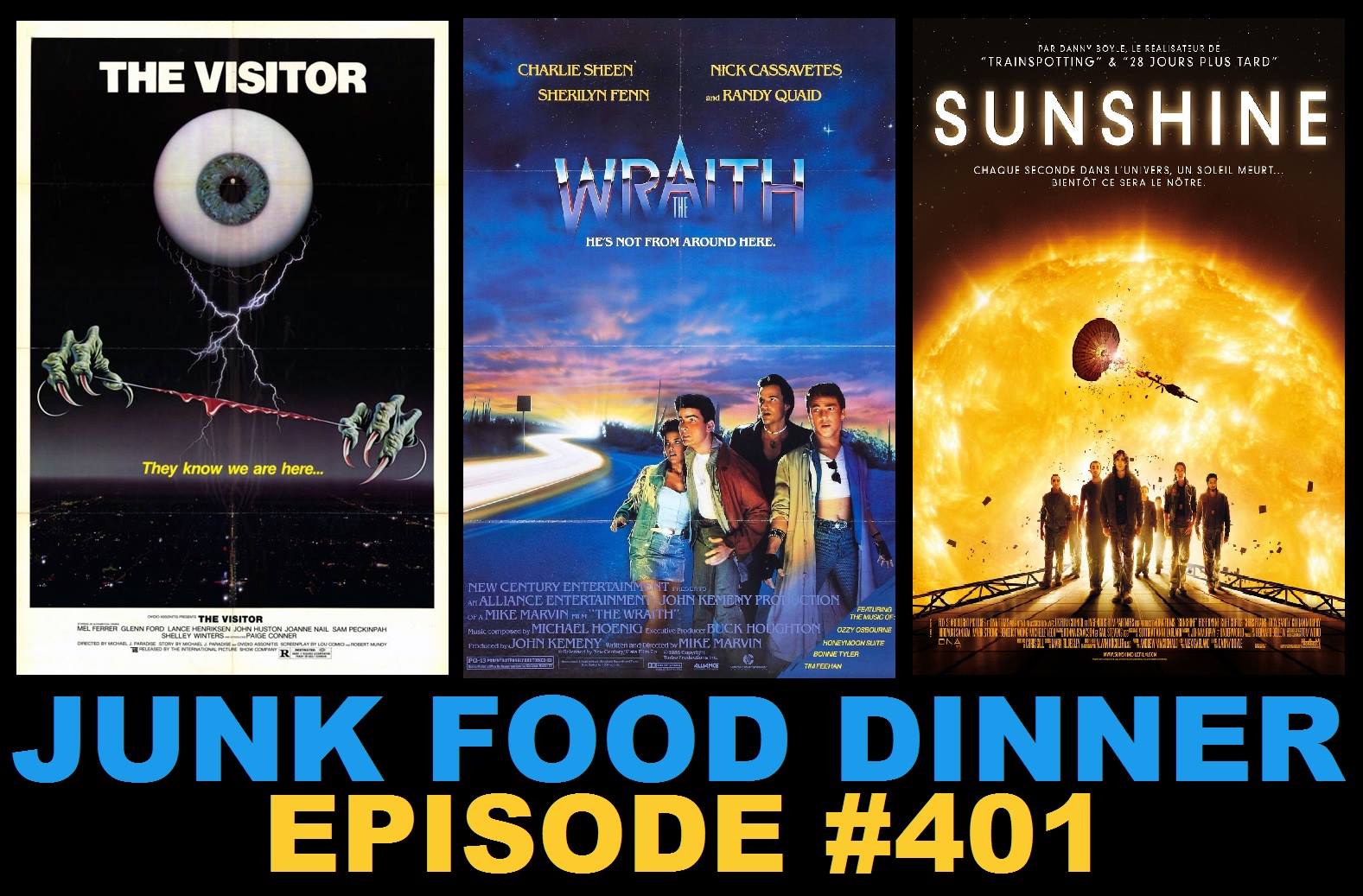 YET AGAIN we turn over the reigns to the weirdest bunch of podcat listeners on the Internet, our very own Dom Deluise Donors on Patreon. And boy have they selected a trio of fine films for us this time!

First up! Listener Josh H insisted we finally cave in to popular demand and watch 1979's The Visitor. This post-Exorcist telekinetic freak-fest was somewhat ignored on release but has been gettinged pushed by cult movie fans lately, including Drafthouse Films. But is it weird enough? And is Parker amongst the 93%?

And then! Patreon Pals Mickey and Nick have suggested we review 1986's The Wraith, and we do just that! This Tuscon-set supernatural road-racer stars Charlie Sheen, Sherilyn Fenn, and Randy Quaid. Reviewing it may be the best choice we've ever made in our lives.

Finally! You'd better believe we're reviewing Sunshine from 2007, because that's exactly what our esteemed friends Joseph and Dr. P ordered. Director D. Boyle has brought his signature style of mid-budget genre filmmaking to space, but will it fly? Tune in to find out.

All this plus witty banter between pals, a Phantom Thread update, a three-dimensional sea creature update, a bevy of Junk Mailers, Cory and Al's plans get foiled by Jeopardy, Sean's penchant for Mom Movies, our report on the Dow Jones Industrial Average, balloon-store videoshops, all the Duck Butter in the world, our weekly news and Blu-ray Picks, metric sneezes, imperial belches, no rides offered (or taken), sandpaper nose whistling, THE MUSIC OF CHAKI, snide-ways glances, fresh-squeezed gleekspit and a whole lot more!

Also, if you like the show, please take a minute and subscribe and/or comment on us on iTunes, Stitcher, Blubrry or Podfeed.net. Check us out on Facebook and Twitter! We'd love to see some of your love on Patreon - it's super easy and fun to sign up for the extra bonus content. We'd rock a Chucky doll in the passenger seat your love and support.
Labels: chaki Charlie Sheen Daddy Boyle John Huston Junk Food Dinner patreon picks Podcast Randy Quaid Sam Peckinpah Shelly Winters Sherilyn Fenn Sunshine The Visitor The Wraith