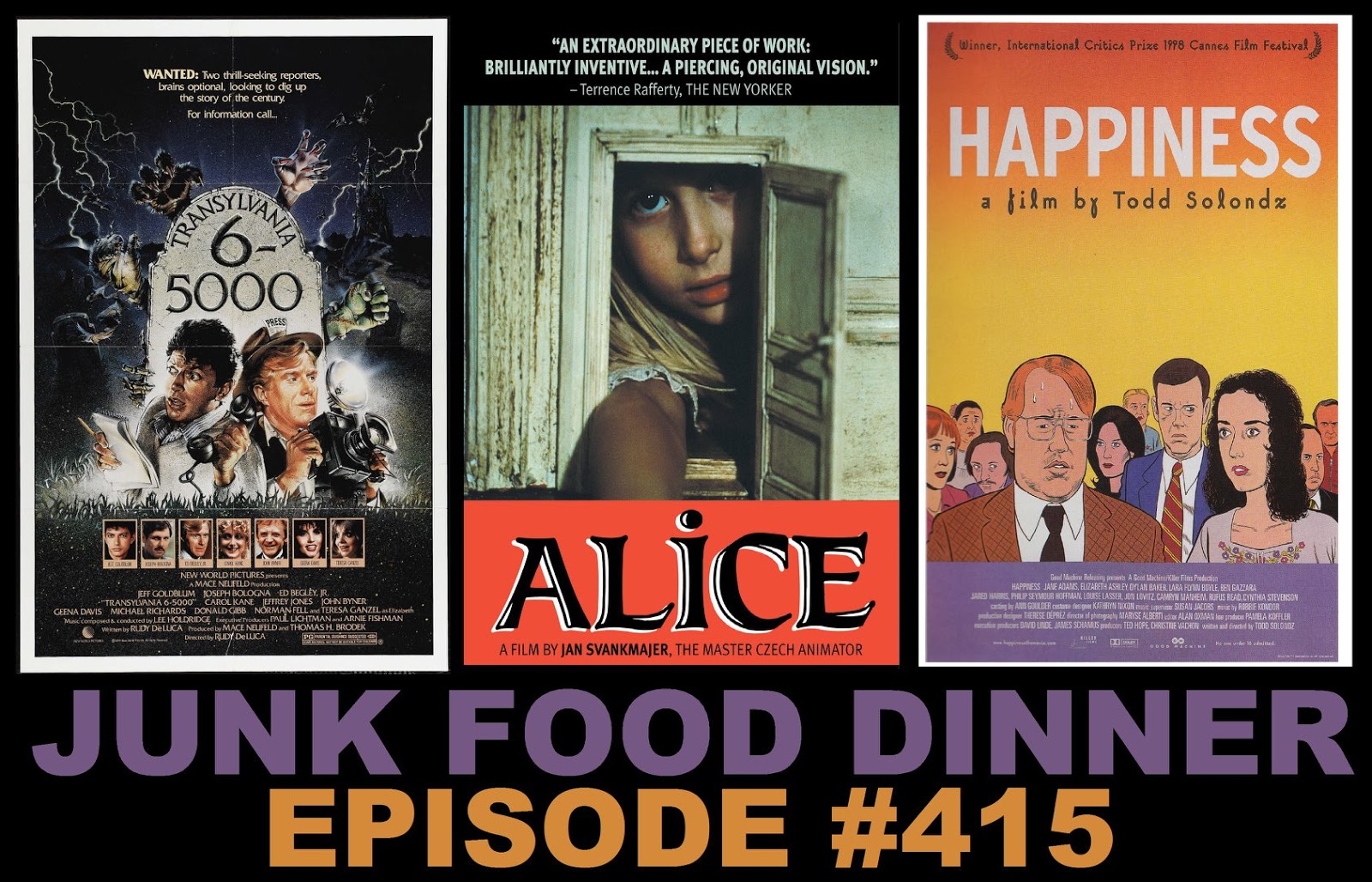 Gadzooks! It's an insane trio of creepy/weird/silly/horrifying films this week, as picked by our very own Patreon Pals! Listen along this week as we are driven very nearly to the edge of sanity by the demands of our beloved Dom Deluise Dudes.

First up: we review that cult-classic Transylvania-themed horror/comedy with the fun song and the big boobs. No, not that one. It's Transylvania 6-5000 from (1985), and somehow Kevin Moss ain't never seen it before! Shouts-out to listener Mickey for picking it!

Next! The SVANK-MAY-ER vertical theme continues across the month with our review of his first feature-length film, his 1988 adaptation of the classic Lewis Carroll tale Alice. It's like that classic wonderland tale, except everything you know and love has been replaced with rotting dead animal corpses and screaming baby dolls. You'll like it? Thanks, Evan.

Also, if you like the show, please take a minute and subscribe and/or comment on us on iTunes, Stitcher, Blubrry or Podfeed.net. Check us out on Facebook and Twitter! We'd love to see some of your love on Patreon - it's super easy and fun to sign up for the extra bonus content. We'd never find the courage to shove Wayne without your love and support.
Labels: Alice Happiness Jan Svankmajer Jeff Goldblum Junk Food Dinner Svankmayer Todd Solondz Transylvania 6-5000