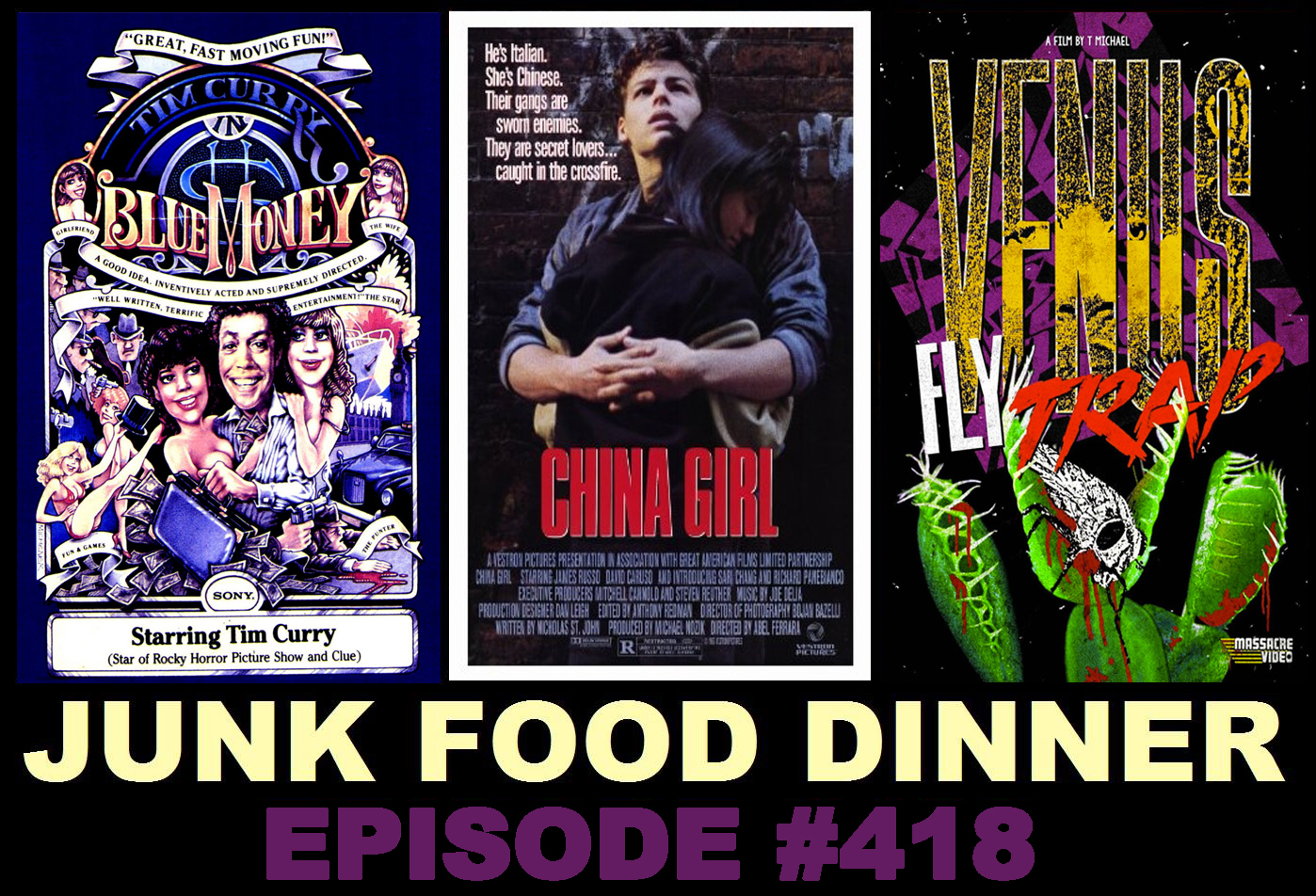 We could all pretend like a written introduction for this fine edition of Junk Food Dinner (guest-starring Justin of the Companeros Podcast) would suffice, or even provide a glimmer of insight into the contents therein. In reality, though, we all know that this kind of podcasting can't be described in a million words. But I guess we can at least tell you about the movies we've watched this week.

Firstly! Take one lovable character actor with a perplexing musical career, throw in a bad Irish accent, a blow-up doll, and weird taxicab racism, and what do you get? A strange British TV movie found on the depths of the Internet. Seldom screened or shown state-side, see some super silly singing shit in 1985's Blue Money, starring Tim Curry!

Secondly! We continue our exploration of the long and varied career of Abel Ferrara, as well as clear some space off Kevin Moss's borrowed VHS shelf, with 1987's China Girl! It's a classic Romeo and Juliet tale, transplanted to 80's NYC Chinatown and Little Italy, with a dash of sleaze and James Hong + David Caruso. But can Kevin Moss get past his known anti-Caruso bias?

Thirdly! We get caught in the Venus Flytrap, also from 1987! This is some real weird and wild shot-on-video shit, and you should probably just buy it and watch it without even hearing the plot. Can it rival Blood Lake in terms of memorable jetski sequences? (no, it has none)

Also, if you like the show, please take a minute and subscribe and/or comment on us on iTunes, Stitcher, Blubrry or Podfeed.net. Check us out on Facebook and Twitter! We'd love to see some of your love on Patreon - it's super easy and fun to sign up for the extra bonus content. We'd still encourage you to shove Wayne without your love and support, but it wouldn't be the same.
Labels: Abel Ferrara action Blue Money China Girl comedy Horror Junk Food Dinner Sex Games Shot on Video sov Tim Curry Venus Flytrap