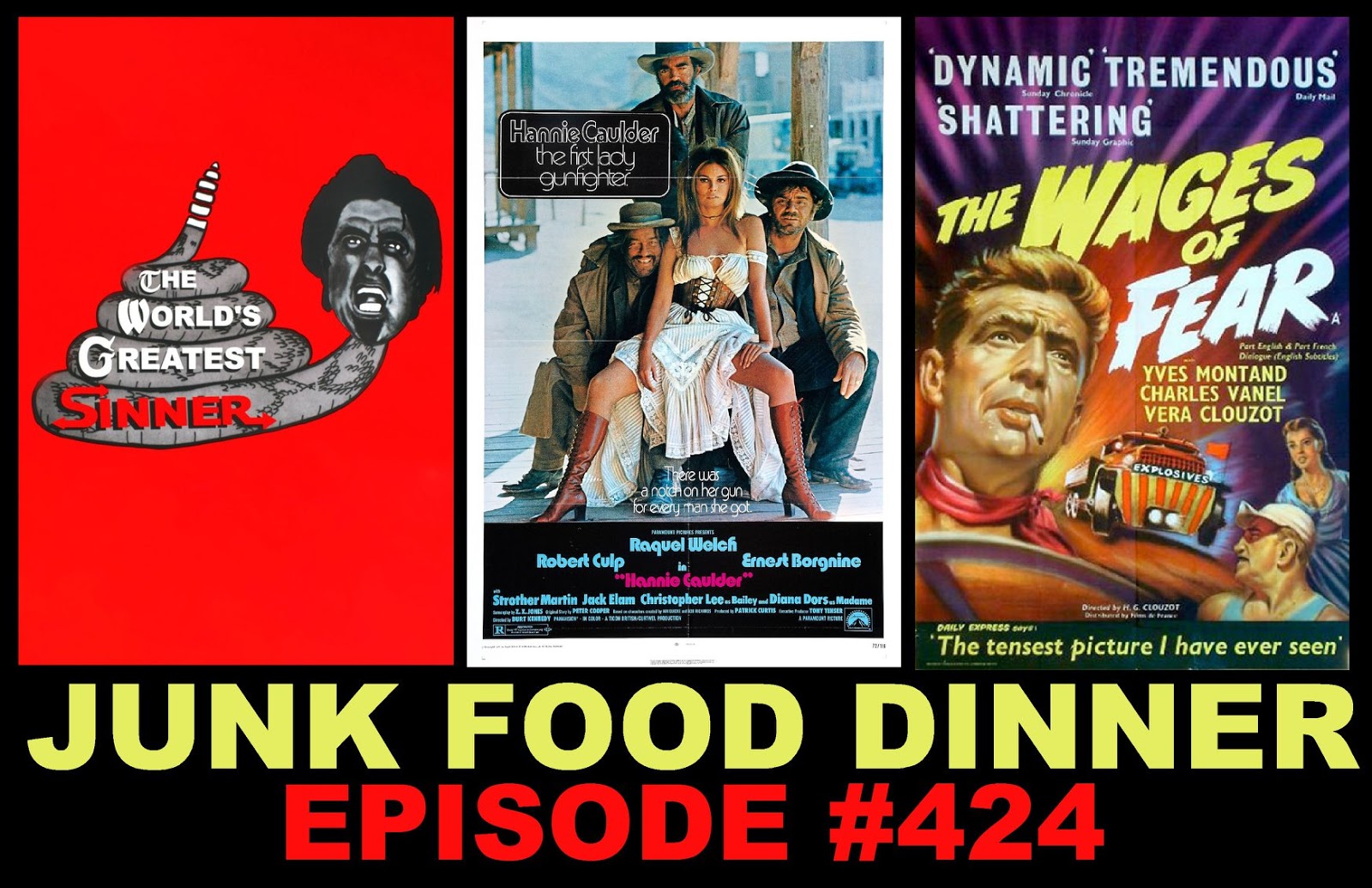 This week, podcast impresario Parker Bowman has taken residency in New Vegas, leaving Kevin and Sean to fend for themselves. Not to fear, however, as they are joined by fabulous first-timer Chris Karnes, of JFD theme song fame! Donloyd now to hear our burning hot takes on three bizarre flicks!

Firstly! If you've never sinned before, you might not be ready for The World's Greatest Sinner, from 1962. It's a film starring Timothy Carey, the meanest creature you ever seen. He's rotten to the core - honey, he's no beginner. He's the world's greatest sinner.

Secondly! She was a fine girl, and she could get down with the get down (all the way down), but there's no chance Hannie Caulder from 1971 is gonna do yer laundry! She's a tough old-west broad who'll cut up any wild bunch of guys, even if said bunch is composed at least partially of Ernest Borgnine's bare chest. Raquel Welch stars in this rape-revenge cowgirl flick from the director of Suburban Commando.

Thirdly! Wages of Fear from 1953; the bold & intelligent masters of the road with their secret language, and their giant over-sized mechanical trans-continental hobby horse. This black & white French grampa flick is actually a color-flashing, thunder-crashing, dynamite machine.

Also, if you like the show, please take a minute and subscribe and/or comment on us on iTunes, Stitcher, Blubrry or Podfeed.net. Check us out on Facebook and Twitter! We'd love to see some of your love on Patreon - it's super easy and fun to sign up for the extra bonus content. We're gonna internally map this cloud with your love and support. Also, check out these weird new shirts!
Labels: Frank Zappa Hannie Caulder Junk Food Dinner Podcast Raquel Welch Ray Dennis Steckler The Wages of Fear The World's Greatest Sinner Timothy Carey William Zabka Yves Montand