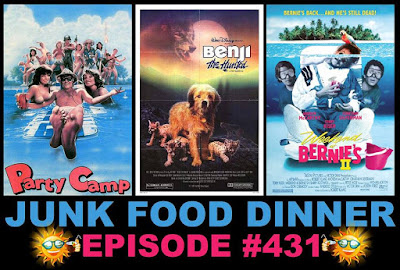 Ghoul Summer is over and we get to relax with a Cool Summer!

First, a group of misfits (like Billy Jacoby and Jewel Shepard) head into the wilderness for the summer in "Party Camp" from 1987.

Next, America's favorite dog is stranded on an island and has to protect a family of mountain lion kittens from bears, wolves, hunters and all types of shit in "Benji the Hunted" from 1987.

Finally, everyone's favorite corpse returns and this time, he's treasure hunting thanks to a voodoo in spell in "Weekend at Bernie's 2" from 1993.