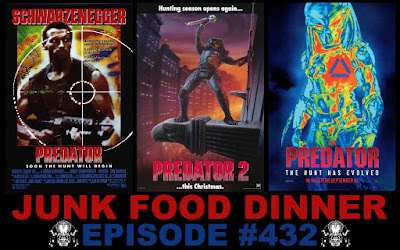 This week we pay tribute to one ugly motherfucker. That's right it's Predator week here on JFD! We're diving into all things Predator, including Hollywood's latest attempt to make space dreadlocks cool.

Up first, it's the video store classic that started it all. Arnold Schwarzenegger and Carl Weathers lead a team of elite badasses into the Central American jungle on a rescue/assassination mission, but get out-badassed by an alien who's only here to hunt humans in 1987's Predator.

Then, the Predator returns (but Arnold doesn't) and this time he's out of the jungle and into the city in Predator 2 from 1990. Danny Glover plays a hard-boiled cop trying to bust cartoonish Colombian and Jamaican gangs but finds out he has bigger fish to fry when the Predator starts killing them first.

And finally, Shane Black (who played Hawkins in the original Predator) directs the latest installment in the franchise with The Predator from 2018. In this one The Predators and their alien dogs come to Earth looking for autistic kids' DNA before global warming kills everyone. Seriously.

All this plus witty banter between friends, Sean's experience trying to get a sneak peek at the new Halloween movie, Parker's future in butter sculpting, chord issues, stories about standing in lines, Nerd News, blu-rays and so much more.


Also, go over to Hide The Bodies and pick up the new 2018 Ghoul Summer t-shirt! 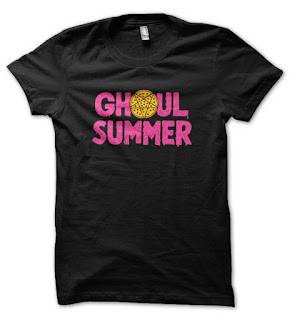