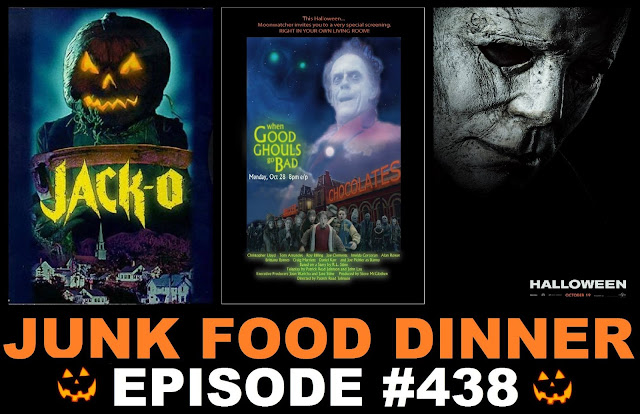 It's Schlocktober's stunning climax with our Halloween show recorded LIVE! in front of a studio audience with special guest star Mark Freado!

Next, a goth kid curses a small Minnesota town, vowing to return after his death to destroy the town if they ever celebrate Halloween in the R.L. Stine-penned "When Good Ghouls Go Bad."

All this plus Haunted House chat, Spectacle Shriek Show chat, Dennis Gordon touched Kevin's boy, snoozing through Phantom, no DVDs, No Nerd News, No Voice Mails, but so much more!