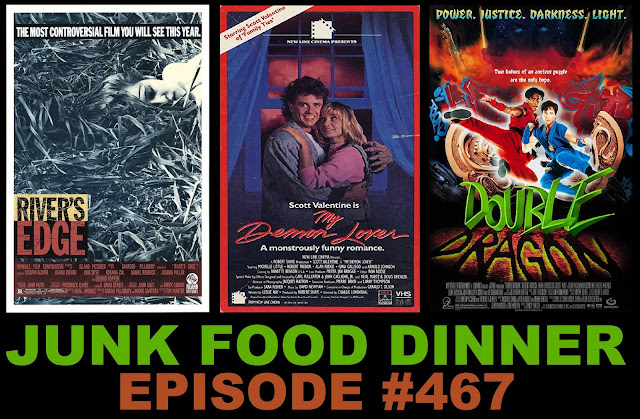 We're back a round of Patreon Picks. We can always count on the patreons to pick the good shit.

First, Crispin Glover, Keanu Reeves and other metalheads deal with the fact that their friend killed a girl. It's part "Stand by Me" part "Twin Peaks" and all bleak in "River's Edge."

Next, a nice New York girl meets a homeless guy but there's one problem. Well, he's homeless, so I guess there's two problems. He's also a monster in "My Demon Lover."

Finally, based on the NES game (sort of, I guess), Bimmy and Jimmy take on the T-1000 for the fate of New Angeles in "Double Dragon."

If you want to pick the movies, join us over at Patreon.