JFD477: Once Upon a Time ... in Hollywood, The Fearless Vampire Killers, Point Blank 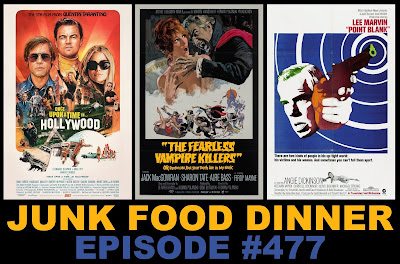 Finally, an episode of JFD that feet sex perverts, British humour enthusiasts and tough-ass grandpas can all agree on! This week, everyone's talking about the new Tarantino flick and we're no exception. We have an exhaustive conversation on that and two other mildly related films, so strap in, it's going to be a long one.

Up first, we dive head first into Quentin Tarantino's 9th film, the brand new Once Upon a Time ... in Hollywood starring Leonardo DiCaprio, Brad Pitt and Margot Robbie. A love letter to L.A. and 1969 about two aging buddies in the film industry and their fictional connection to the infamous Manson Family. How does it stack up to QT's other films? Is it shameless retro pandering? How many feet are in it? We find out.

Then, we look at the film in which Roman Polanski and Sharon Tate met in real life, the 1967 horror-comedy The Fearless Vampire Killers. In this goofy tale, a bumbling vampire hunter (Jack MacGowran) and his equally bumbling assistant (Polanski) try to save a sexy young woman (Tate) from a regal blood sucker in snow-covered Transylvania.

And finally, Lee Marvin and John "go fuck an iceberg" Vernon steal some cash from a crime organization on Alcatraz island, but Vernon double crosses Marvin and leaves him for dead and fucks off with not only the money but also his wife! Too bad for him and everyone else, Lee Marvin survives and comes back to get what's his (with a little help from Angie Dickinson) in Point Blank, also from 1967.

All this, plus cereal chat, more complaints about paper straws, a whole slew of top notch voicemails, Nerd News, doc talk, this week's hottest discs and so much more!

Got a movie suggestion for the show, or better yet an opinion on next week's movies? Drop us a line at JFDPodcast@gmail.com. Or leave us a voicemail: 347-746-JUNK (5865). Add it to your telephone now! JOIN THE CONVERSATION!
Also, if you like the show, please take a minute and subscribe and/or comment on us on iTunes, Stitcher, Blubrry or Podfeed.net. Check us out on Facebook and Twitter! We'd love to see some of your love on Patreon - it's super easy and fun to sign up for the extra bonus content. We become unwitting superheroes via your love and support.

And if you're not a baby, go buy one of these hot new Ghoul Summer 2019 shirts from our friends at Hide The Bodies! 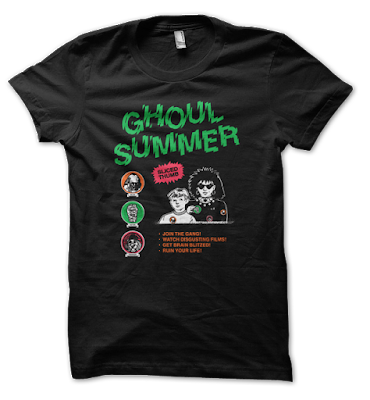