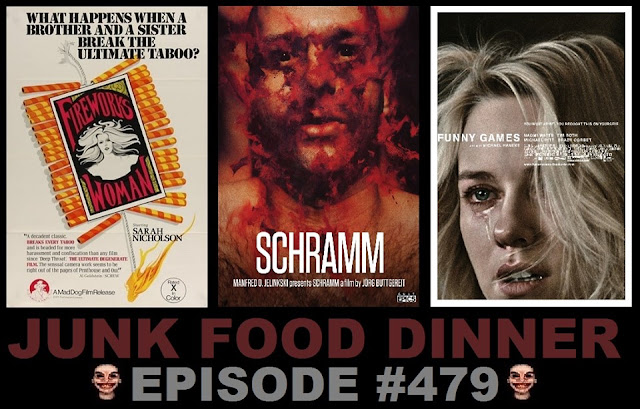 It's the grossest time of the year and we've got three movies of variable ghoulishness and perhaps the most divisive Ghoul Summer -- or JFD -- movie of all time.

Next, from the director of "Nekromantic" comes an equally edgy tale of a German serial killer's death dream, mutilated genitals, bloody underpants and so much more in "Schramm."

Finally, Oscar-winning director Michael Heneke's remake of his own film: Funny Games. In this 2007 version, two nice young boys play humorous and violent games with a privileged family for their own -- but mostly the audience's -- amusement.

All this plus Nerd News, DVDs, Junk Mails, Tom Cruise Apologies, Cookie Chat, Are Crybabies also Warheads?, Playing the tape back, did Justin threaten us? And so much more!

Also, go to Hide the Bodies and snag the new 2019 Ghoul Summer T-shirt! We guarantee it!