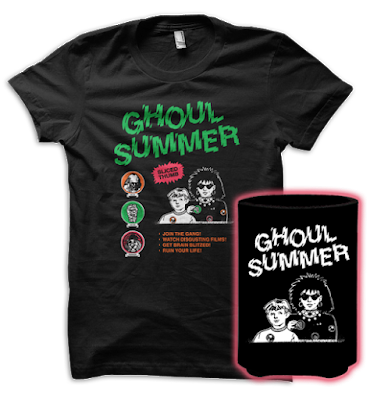 Y'all motherfuckers didn't think we'd let you (or ourselves) off that easy, did you? With September coming up, we've got ourselves a case of the Indian Ghoul Summer Blues. The nights may be cool, but the Ghoulishness warms our hearts.

We've also got an episode about graps, another round of short films and so goddamn much more!

Also, don't forget to go and snag a 2019 ghoul Summer T-shirt and Koozer from Hide the Bodies!. We guarantee it!