JFD484: The Blood of the Beasts, Disciples of the Crow, 2 Legit 2 Quit 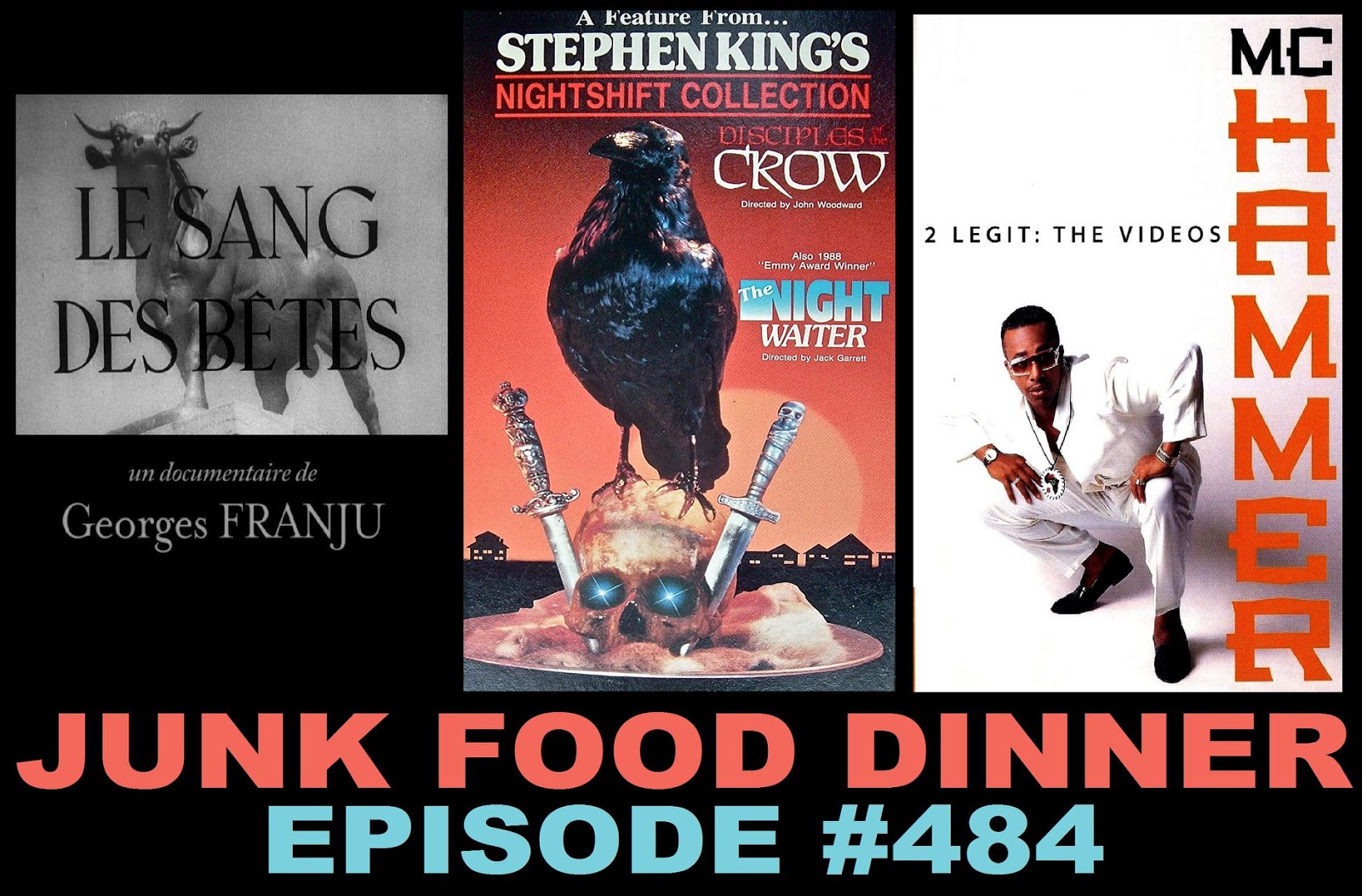 This week, we're pulling a fast one yet again with another round of short film reviews! Well, at least the films are short. Our reviews are actually longer than them.


Up first! Y'all remember the vibe of post-war Industrial age French slaughter houses, right? Get nostalgiac in a Ghoul Summer kinda way, for the way your grandpa packed meat, with 1949's Blood of the Beasts. Directed by Georges Franju (Judex, Eyes Without a Face (Not the Billy Idol video))!

Next up! Way back in 1983, a full one year before Hollywood produced a 92-minute feature film version, an amateur film maker cranked out 18 minutes of spooky Children of the Corn material and called it Disciples of the Corn for some reason. If you like scarecrows and the end of summertime, get ready to experience it on film.

Finally! It's a third "film": 2 Legit 2 Quit the 1991 music video extravaganza from our good friend Hammer (the MC formerly known as MC Hammer). A shockingly long runtime combined with an unending string of celebrity cameos make this one of the most expensive music videos ever made for a song that nobody likes. Is the video any good?


All this plus a comparison of movie databases on the internet, end of summer waterpark chats, the return of a mythical voicemail caller, Kevin's enthusiam for b&w 60's czech films, Travis with a blood-soaked GWARpdate, checking balls for scuff marks, a scary scenario in which people walk by and mock you, Kevin discover a new fuck-style (solo coffin), baseball chats, Stephen King chats, our weekly news plus Blu-ray Picks and even more!

Also, if you like the show, please take a minute and subscribe and/or comment on us on iTunes, Stitcher, Blubrry or Podfeed.net. Check us out on Facebook and Twitter! We'd love to see some of your love on Patreon - it's super easy and fun to sign up for the extra bonus content. We'll move to Oklahoma for your love and support. Please avoid checking out this embarrassing merchandise.
Labels: 2 Legit 2 Quit Disciples of the Crow Ghoul Summer Junk Food Dinner mc hammer oklahoma Podcast short films slaughterhouses Stephen King The Blood of the Beasts