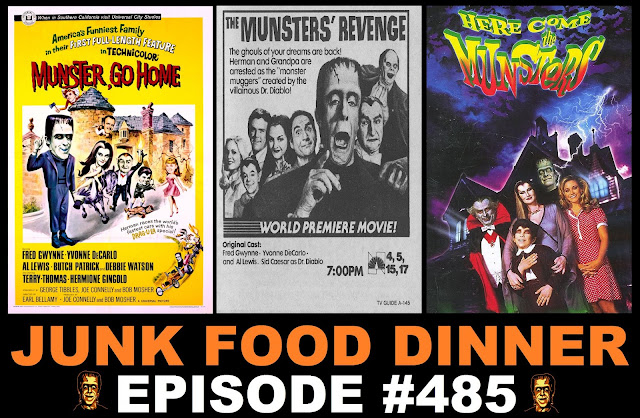 Schlocktober is finally here and we're spending time with America's favorite family with a Frankenstein patriarch. It's Munster Week.

First, the Munsters hit the big screen after leaving TV in "Munster, Go Home!" from 1966. Herman gets weird that an English relative died, so the family heads to the UK to collect.

Next, the gang returns in a 1981 Halloween special. In this one, Herman and Grandpa are framed for a crime by evil robot versions of themselves. And Sid Caesar shows up.

Finally, it's a total reboot! The Munsters are recast and coming to America! An evil politician wants the Munsters (and all other immigrants deported). It's "Here Come the Munsters."

All this plus surfing chat, DVDs, Nerd News, Junk Mails, and in-depth talk about Dom Deluise status and so much more!