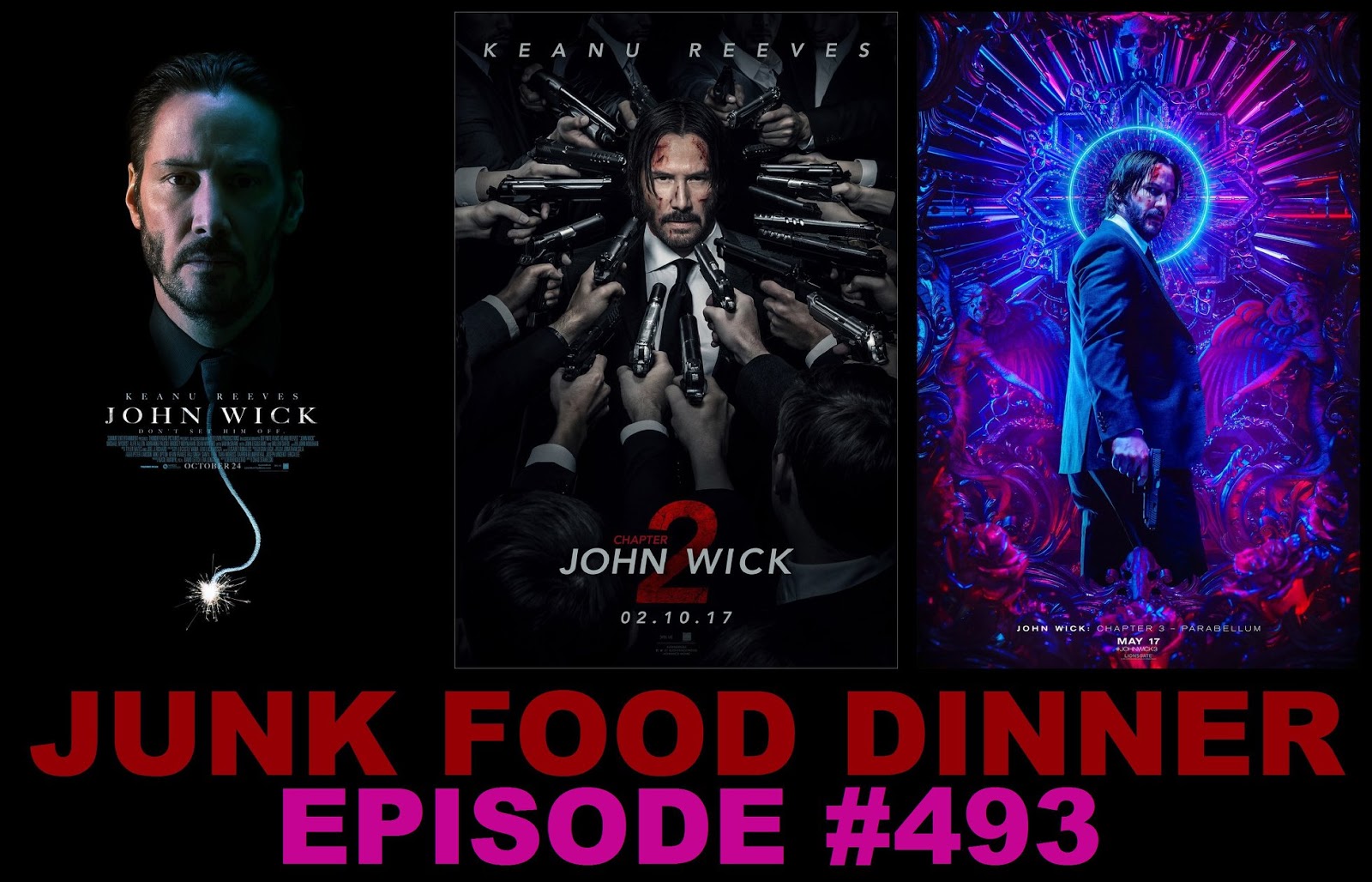 Your Thanksgiving might be winding down, but your WICKSGIVING is just getting started! Join your podcast pals on the run as we punch, kick and stab our way through this spiritual successor to Cranksgiving! Featuring more Keanu than ever before!


Up first! We start at the only sane, logical, or respectable place to start: John Wick, from 2014. Keanu Reeves is John Wick, and if you forget his name, don't worry, every character in the film will say it every time he appears. And when he does appear, he'll probably be shooting those characters right in the face, since he's a ruthless assassin hunting down the criminals who killed his dog. Also, cars are crashed.

Next up! We flash all the way to 2017, where the filmmakers got the gumption to throw together a little sequel called John Wick: Chapter 2. This time, Wick's on the run, or something. And the action set pieces are bigger! Is that better?

Finally! It's a third film: John Wick: Chapter 3 - Parabellum, from this very year. New locations, Game of Thrones actors, and Anjelica Huston and eye-gouging gore sequences are added to the mix. But how steamy do things get? Does Keanu do sex? Donloyd now to find out.


All this plus a look back at the Wick That Was, mixing & matching our wicks & cranks, we reveal which of the hosts cried during Jojo Rabbit, the most important review of an Elvira pinball table this side of Pinball Enthusiast magazine, a run-down of which Thanksgiving side dishes do and don't have marshmallows, (Freedom of) Pie of Choice, Parker risks life/limb/imprisonment for his art, the intricate politics of modern theatrical film distribution, speculation on the future for the 1948 Paramount Consent Decrees legal standing, left hangin' on the Milky Way Midnight tip, Parker Bowman is genetically predisposed to echoing on Skype, our Wickly news plus Blu-ray Picks and even more!

Also, if you like the show, please take a minute and subscribe and/or comment on us on iTunes, Stitcher, Blubrry or Podfeed.net. Check us out on Facebook and Twitter! We'd love to see some of your love on Patreon - it's super easy and fun to sign up for the extra bonus content. We'll carve a turkey of your choice for your love and support. Please avoid checking out this embarrassing merchandise.
Labels: action Cranksgiving Gun Fu John Wick John Wick: Chapter 2 John Wick: Chapter 3 - Parabellum Keanu Reeves Wicksgiving