JFD497: Twilight Zone: Night of the Meek, The Great Santa Claus Switch, The Spirit of Christmas 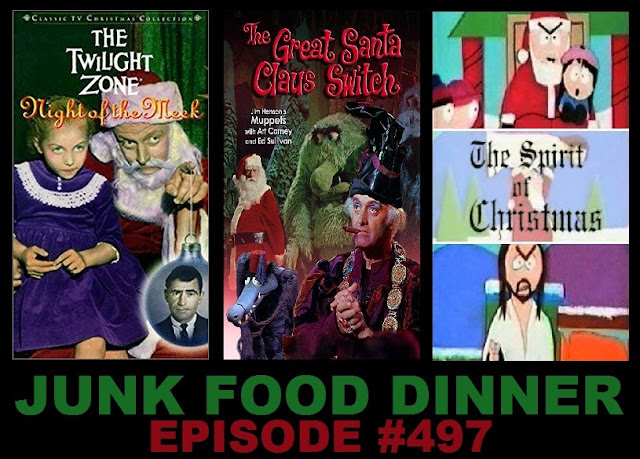 It's Christmas, junkies! We've got a round of X-mas inspired short films for you!

First, we take a trip to the Twilight Zone and drop in on Art Carney as a drunk Santa who has an existential breakdown before finding a magic sack in "Night of the Meek."

Next, Art Carney returns as Santa in a prototypical Jim Henson jam that originally aired as an episode of "The Ed Sullivan Show." It's "The Great Santa Claus Switch." Watch as Fraggles ... I mean Frackles ... dance and sing!

Finally, four foul-mouthed kids from Colorado get caught up in the ultimate Christmas fight: Santa vs. Jesus. It's Trey Parker and Matt Stone's "The Spirit of Christmas."

All this plus Xmas stories, Nerd News, DVDs, Cats Chat and so much more!