JFD505: Lost in Space: No Place to Hide, The Grandmother, Giant God Warrior Appears in Tokyo 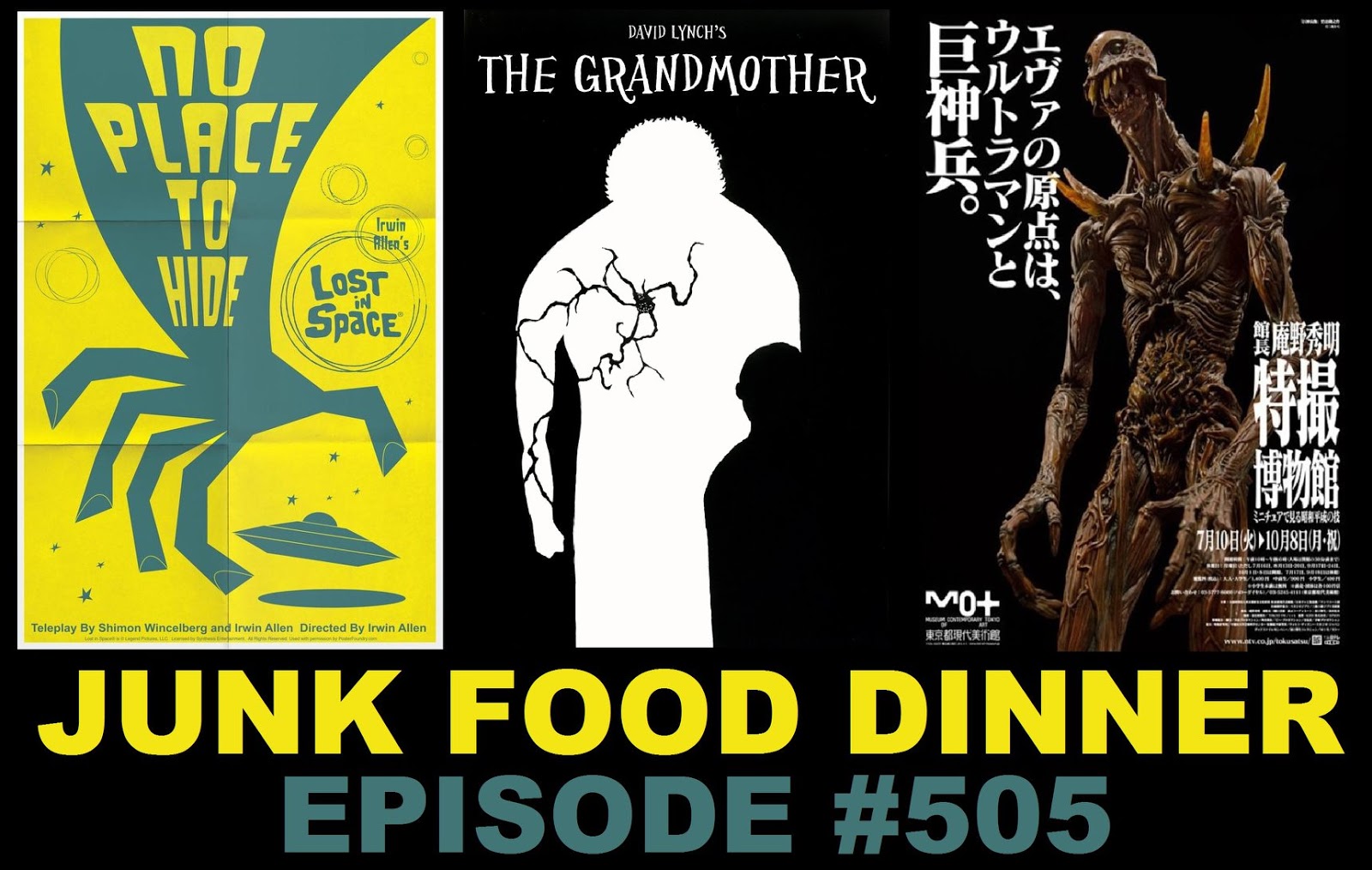 Y'all ever feel like all these 75 minute low-budget science fiction features are far too lengthy? Good news, junkies: we've shortened the sci-fi! It's our signature Short Films week for the month of Sci-Fi Ebruary!


Up first! We start at the only sane, logical, or respectable place: with not a short film at all, but instead the (long un-aired) 1965 television pilot for the series Lost In Space! Entitled 'No Place to Hide', and directed by disaster-film king Irwin Allen, this initial conception of the show featured less talking robots, more stoming cyclopses. Also: the Rolly Polly Fish Heads dude!

Next up! Y'all ever seen 1970's The Grandmother? It's one of the weirder/longer entries on the exhaustive Short Films of David Lynch DVD set, and it's also one of the most out of print records you'll ever see in your life. Features dog barking noises!

Finally! It's a third film: Giant God Warrior Appears in Tokyo (Kyoshinhei Tôkyô ni arawaru / 神兵東京に現わる), a live-action kaiju short film from Studio Ghibli of all companies, released in 2012. This action packed little number was directed by Shinji "Shin(ji) Godzilla" Higuchi, who directed Shin Godzilla because of his given name.


All this plus YOUR weekly Cactus League Baseball update, Punker Eric & the Spud Launchers, the Mysterious Enigma of Jennifer's Dick Guy, some very special callers, check out the cans on that Fresno newslady, a disappearing Bowman, a sneeze or two, fat little gangster bellies, our weekly news plus Blu-ray Picks and even more!

Also, if you like the show, please take a minute and subscribe and/or comment on us on iTunes, Stitcher, Blubrry or Podfeed.net. Check us out on Facebook and Twitter! We'd love to see some of your love on Patreon - it's super easy and fun to sign up for the extra bonus content. We'll test drive experimental rocket jet packs for your love and support. Please avoid checking out this embarrassing merchandise.
Labels: david lynch Giant God Warrior Appears in Tokyo Lost in Space Lost in Space: No Place to Hide sci-fi Sci-Fi Ebruary science fiction Shinji Higuchi short films The Grandmother