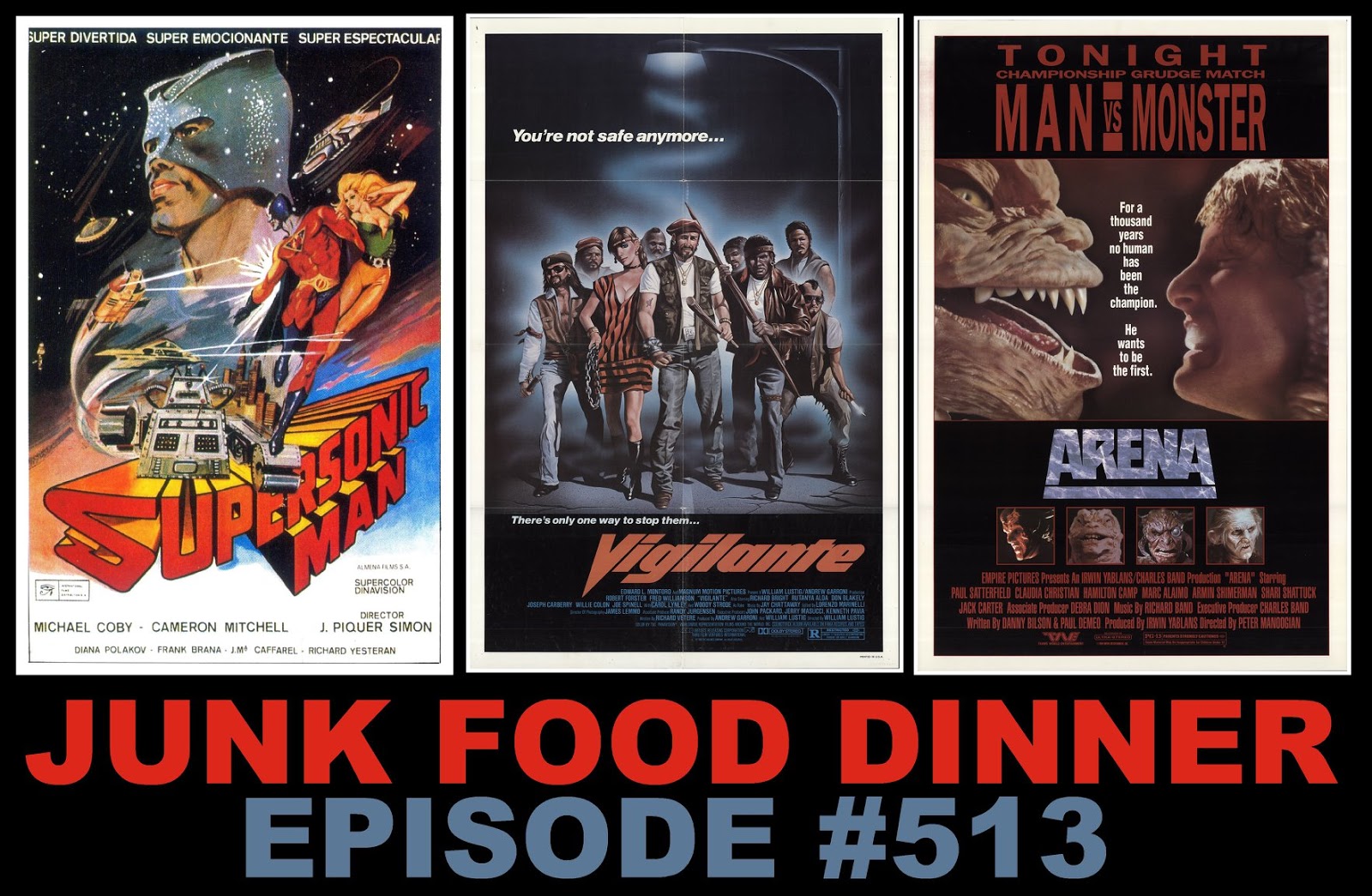 Well, there's nothing else going on, so we might as well podcast about three weird flicks. And to help us feel a connection to the outside world, we've outsourced those picks to our Patreon donors! Will their picks get us lifted in these wild times?


Up first! You remember that famous old superhero, Super Sonicman? No? Makes sense. He was actually just a weird one-off copycat of Superman for the Spanish Silver Screen in this 1979 feature from Juan Piquer Simón (director of Pieces). (picked by Jeff P)

Next up! Y'all ever seen that 1982 revenge thriller where a mild-manner working class man's wife is raped and child murdered, causing him to go on a murderous rampage for justice? No, not Death Wish II. It's Bill Lustig's Vigilante! Swap Charles Bronson for Robert Forster, swap LA for NYC, and swap the racist undertones for the charming Fred Williamson and you'll have and idea of what we've gotten ourselves into. (picked by Andreas)


All this plus a Parker on the brink of insanity, Sean's Critter Corner, Kevin's present-day theatrical experiences, the Shelbyville Skyline Drive-In Movie Theater Skycade as an analogue for the Berlin Wall, an update on the dab lab, continued WrestlemaniaChats, an allusion to that time former co-host Rusty walked out of an interview, does Conrad Brooks make an appearance?, tracking Kevin's ghoulish tendencies, our weekly news plus Blu-ray Picks and even more!

Also, if you like the show, please take a minute and subscribe and/or comment on us on iTunes, Stitcher, Blubrry or Podfeed.net. Check us out on Facebook and Twitter! We'd love to see some of your love on Patreon - it's super easy and fun to sign up for the extra bonus content. We'll take a bump off the Titan Tron for your love and support. Please avoid checking out this embarrassing merchandise.
Labels: Arena Bill Lustig Charles Band Empire Fred Williamson Juan Piquer Simon Revenge Thriller Robert Forster spain Superhero Supersonic Man Vigilante