JFD519: Boat People, Elvira: Mistress of the Dark, Just One of the Girls 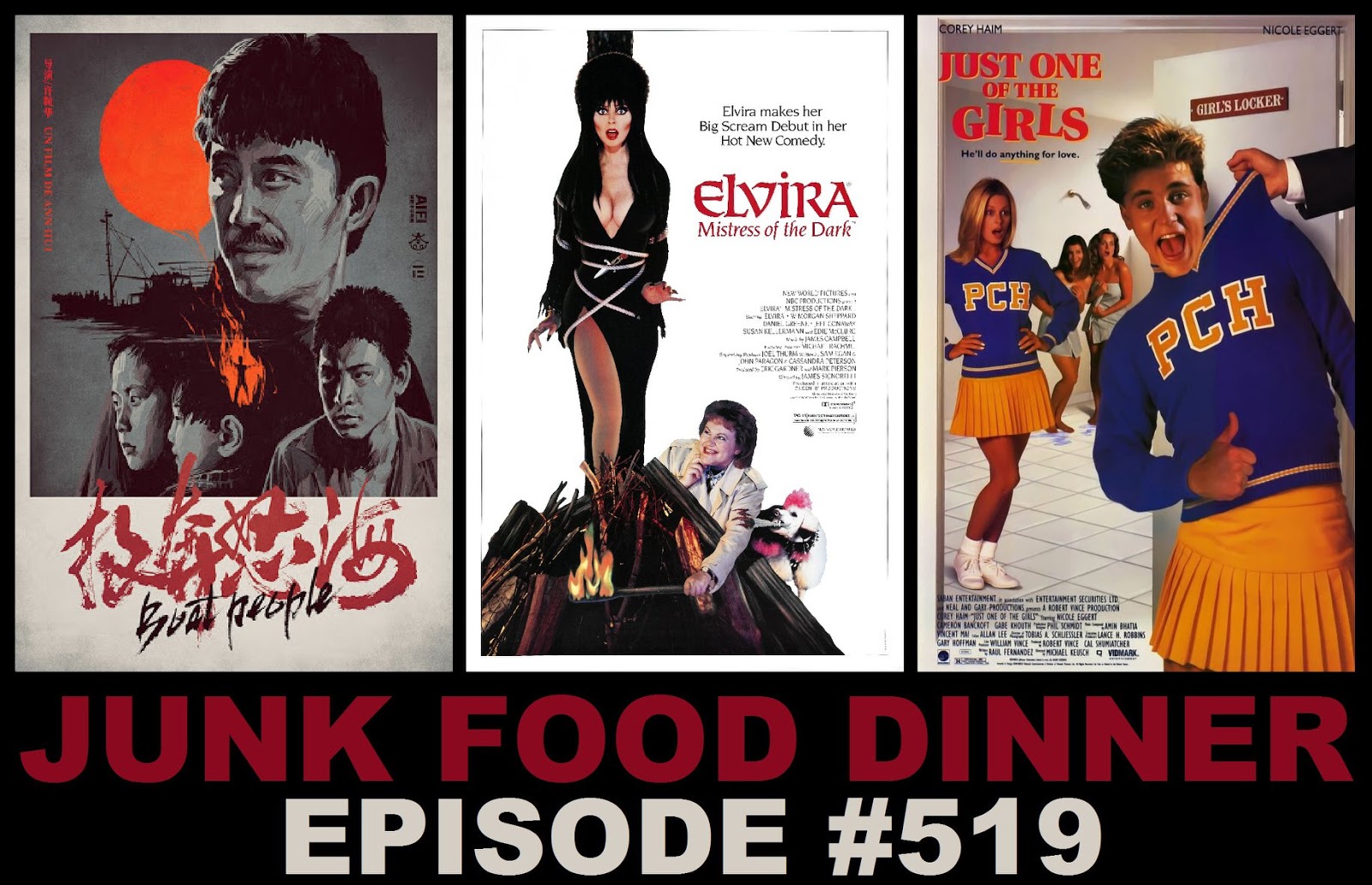 Terrifying times like these require everyone to stand up against oppression and do their part. But eventually, you're going to need some sort of distraction from all of the good we hope you're doing. So here's some meaningless chatter about three weird movies for y'all.


Up first! George Lam and Andy Lau feature in this 1982 Chinese New Wave meditation on the end of the Vietnam War, from the perspective of a Japanese photojournalist visiting Vietnam's "New Economic Zones." A semi-ghoulish pan-asian post-war drama, Boat People's yet to see an United States home video release, but maybe you'll wanna see it on YouTube?

Next up! We KNOW that y'all have seen Elvira: Mistress of the Dark (1988! It's her first movie, the one where she parties with a bunch of Groundlings in Fallwell, MA. Not the later one with the castle or whatever that was. This is the good stuff.

Finally! It's a third film: Just One of the Girls (1993), a Canadian gender-swapped rehashing of Just One of the Guys (from 8 years prior), but with a little bit less morality and a lot more Corey Haim. Plus boobs.


All this plus thoughts on the West Wing (TV Series), thoughts on the West Wing (the actual one), institutionalized insensitivities, oddly prescient recent viewings, we name names, exotic & fun things in the workplace, the polling results for the most important (JFD Audio Commentary) voting going on this week, more of Kevin's Sex Crimes on parade, our weekly news plus Blu-ray Picks and even more!

Also, if you like the show, please take a minute and subscribe and/or comment on us on iTunes, Stitcher, Blubrry or Podfeed.net. Check us out on Facebook and Twitter! We'd love to see some of your love on Patreon - it's super easy and fun to sign up for the extra bonus content. We'll chase ourselves into the ladies section fitting room for your love and support. Please avoid checking out this embarrassing merchandise.
Labels: Andy Lau Ann Hui Boat People China Corey Haim Elvira Elvira: Mistress of the Dark George Lam Groundlings Hong Kong Just One of the Girls Vietnam