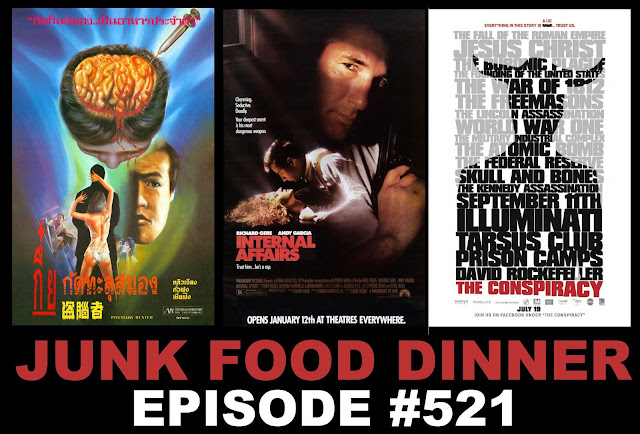 Hide your wife, it's another hot episode of Junk Food Dinner as we look at 3 movies picked by our Patreon friends!

First, a crazed killer is scouring the Chinese countryside looking for fresh brains in the 1980s-ish horror film The Pituitary Hunter.

Next, Andy Garcia is on the trail of bad cop Richard Gere, but who will fuck whose wife first in "Internal Affairs."

Finally, a documentary film crew follows the exploits of a seemingly deranged conspiracy theorist -- but what if he's right? In "The Conspiracy."