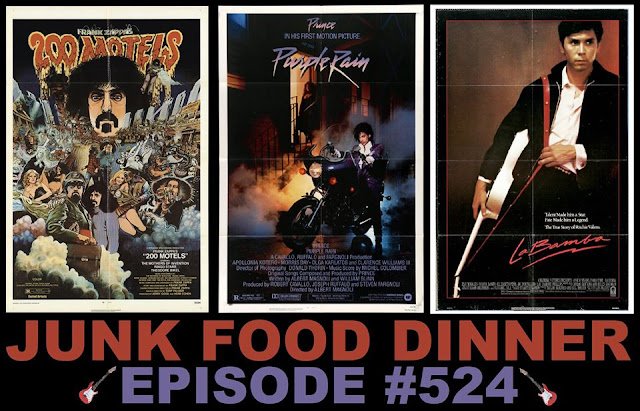 Its a rock n' roll party this week as we're joined by the funk wizard himself, Cory from IllCon, to discuss three seminal rock and roll flicks.

First, Frank Zappa and his merry men of invention go on tour and try to score with checks and get paid in the process in "200 Motels."

Next, Prince is a genius musician but will his terrible family life, self-sabotaging and merciless narcissism get in the way of stardom? It's "Purple Rain."

Finally, a drunk ex-con tries to raise a family while following his dreams of becoming a cartoonist. Also Ritchie Valens shows up for a cameo in "La Bamba."

Like us? Send us an email or voicemail. Join the Patreon. Be our friends!