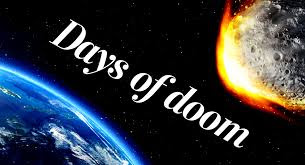 The world is ending but JFD is back, baby! And we're going to finally chart this month!

After lots of deliberating with our lawyers, Rusty, Donald Lloyd and our own souls, we've decided that 2020 doesn't need a Ghoul Summer. We're sure you'll agree that the world itself is Ghoul Summer enough. But Ghoul Summer 2021 will be fucking wild!