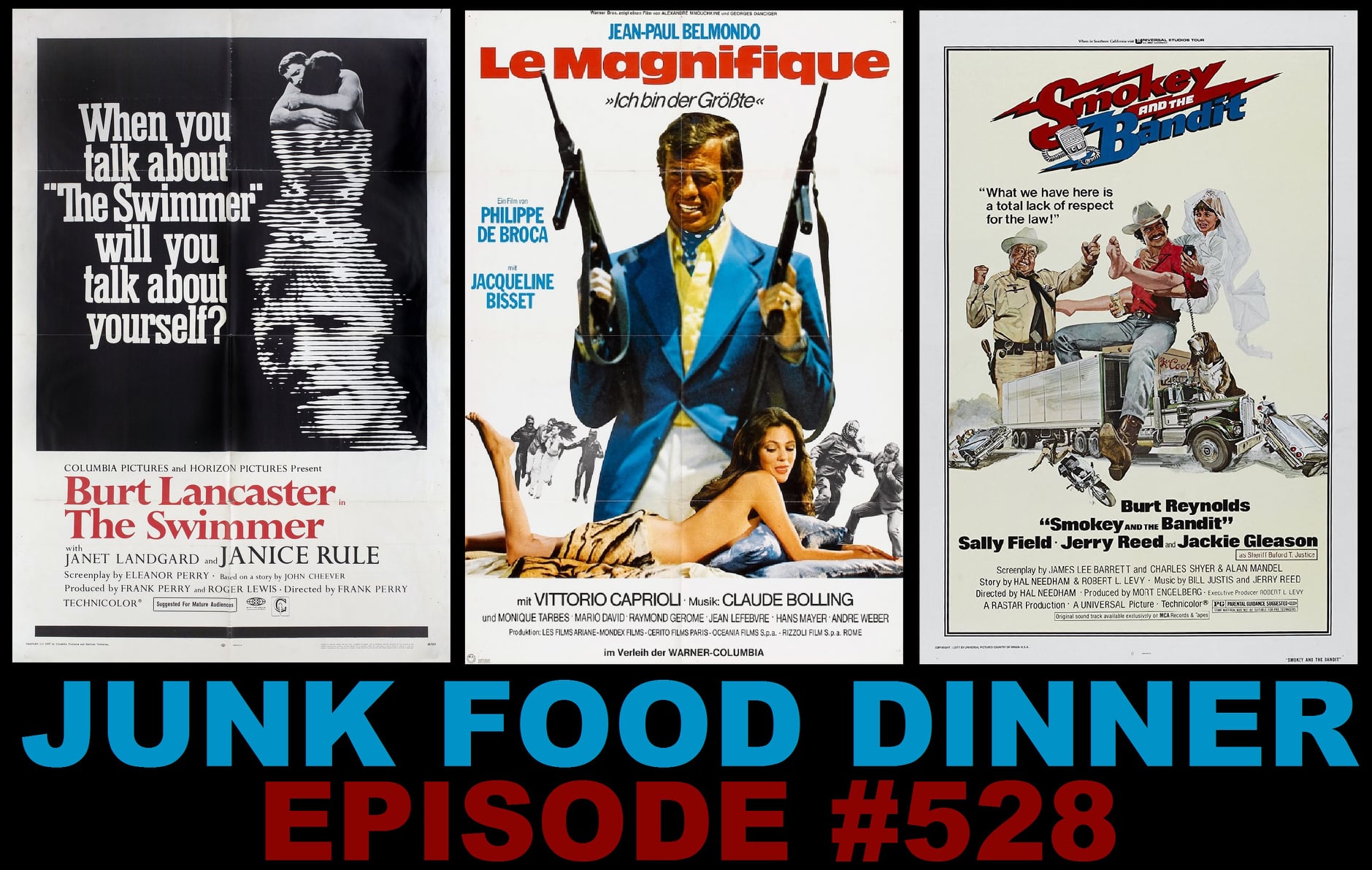 Slap on your swim trunks, grab your case of Coors, and get ready to fly this helicopter over some Mayan pyramids outside Acapulco! We're traveling all corners of the globe this week with a trio of old men who just can't stop partying, age appropriateness be damned!


Hey, kids! You like shirtless grandpa character actors, you say? How's your tolerance for endless martinis and small talk about high society? We've got the film for you! It's The Swimmer, from 1968! Directed by Frank "Last Summer" Perry! Watched by William "The Refrigerator" Perry! And starring Burt "Not a Perry" Lancaster!

Next up! It's everyone's favorite early-70's, French-produced, Mexican-set comedic spy caper / dramedy / romance film, Le Magnifique aka The Man from Acapulco, aka How to Destroy the Reputation of the Greatest Secret Agent, from 1973. One of several collaborations between director Philippe de Broca and star Jean-Paul Belmondo, this one's notable for also featuring Jacqueline Bisset and scenes set in a really bitchin' living room.

Finally! It's a third film: Smokey and the Bandit (1977), a trucker / TransAm'er classic that you probably remember from those afternoons your dad spent in front of the TV, tapping toes along to the tunes of Jerry "Snowman" Reed. It's got Burt Reynolds and the beers and the Paul Williams and the Jackie Gleason and the Sally Field and the hijinks too! You know it.


All this plus shirtless Burts, finding fun in a pandemic, curbside Ding Dongs in your hand, racial insensitivities, drive-in seating preferences, Sweetman's Safety Tips, Sean regrets having no regrets, rocking and rolling to the Public Broadcasting System, the hottest new secret YouTube channel starring Kevin Moose, a drop that makes ya say what the heck, Kevin's on doctor's orders, how much foot play is too much foot play?, a very long telephone cord makes an appearance, our weekly news plus Blu-ray Picks and even more!

Also, if you like the show, please take a minute and subscribe and/or comment on us on iTunes, Stitcher, Blubrry or Podfeed.net. Check us out on Facebook and Twitter! We'd love to see some of your love on Patreon - it's super easy and fun to sign up for the extra bonus content. We'll spread them toes for your love and support. Please avoid checking out this embarrassing merchandise.
Labels: Burt Lancaster burt reynolds Coors Frank Perry Hal Needham Jackie Gleason Jean-Paul Belmondo Joan Rivers Junk Food Dinner Le Magnifique Philippe de Broca Smokey & The Bandit The Swimmer