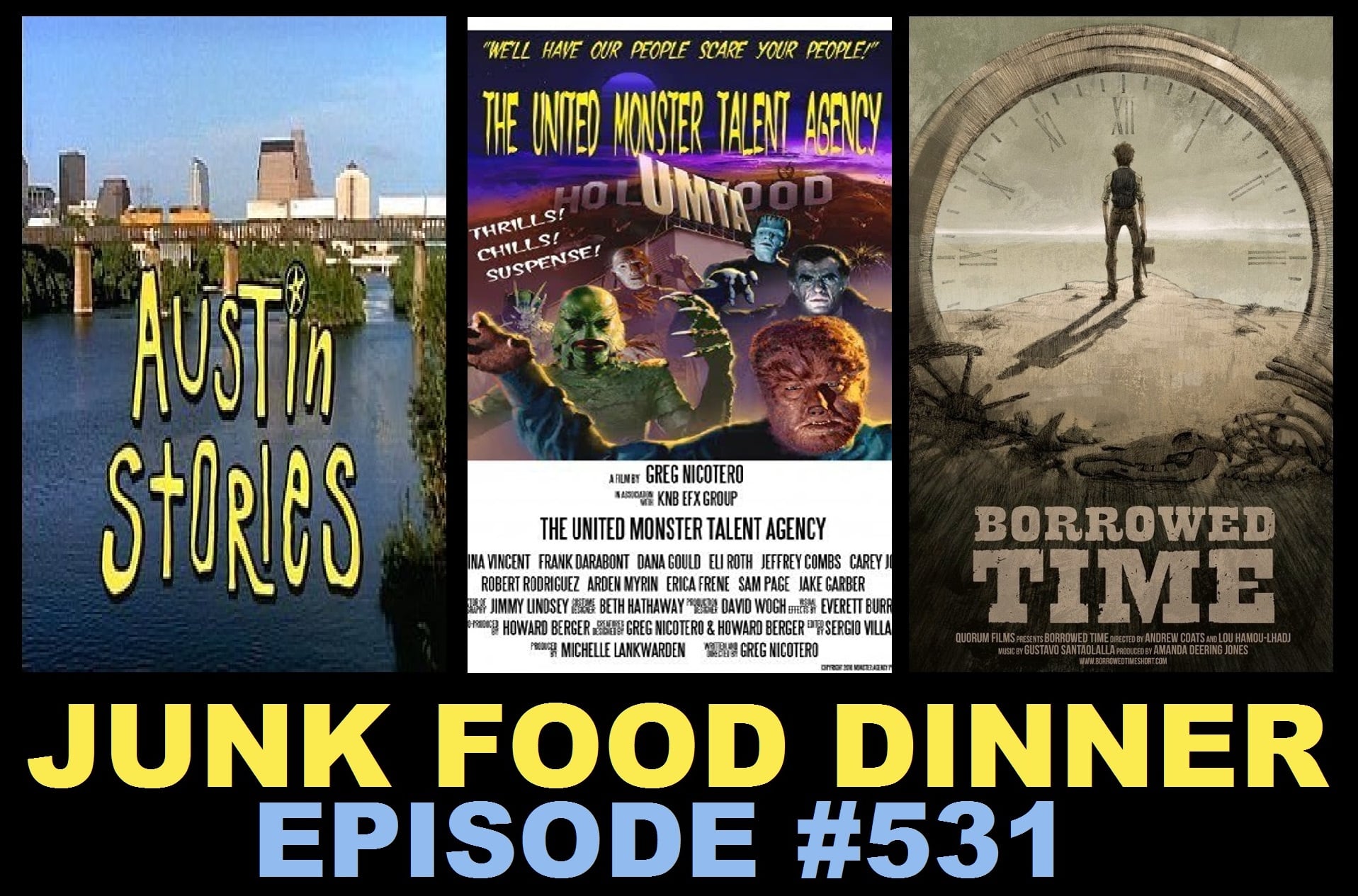 Slap on your swim trunks, grab your favorite gum, and get ready to celebrate Summah with Howard Kremer and your Junk Food Dinner pals! We're talking Austin Stories and more with Dragon Boy Suede himself, and then we'll review a couple short films, too! 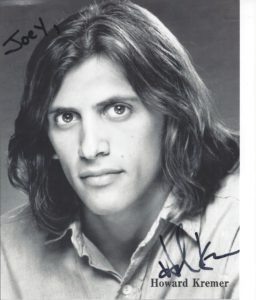 First up, it's the aforementioned Austin Stories, from 1997! Three young comics (Howard Kremer, Chip Pope, and Laura House) wrote and starred in this Texas-set take on Seinfeld meets Slacker, which aired twelve episodes on MTV. Howard chats with us about making the show, playing Asteroids with Richard Linklater, and the prospect of performing stand-up for cars instead of people. It's a wild one! If you like what you hear, buy the show on DVD here!

Next up! Sure, you love seeing monsters on screen, but have you ever tried to cast one? If so, you've probably called The United Monster Talent Agency, the premiere source for your monster casting needs (and also the name of a short film, directed by famed special effects creator Greg Nicotero, that we reviewed on the show). It's real short and real fun, and it's got those classic Universal monsters, so why not check it out here?

Finally! It's an Oscar-nominated, heart-wrenchingly emotional Pixar short about old-timey, old-westy cowboys. It's the one with the blammo. Borrowed Time (2015) is guaranteed to get your eyeballs damp, and guaranteed to be reviewed on this episode of the show. Watch along here, it's only seven minutes!


All this plus to live and die in visalia, burning for kevin, hatin' on drive-in posers, parker in seventy mil, sean's operatic regrets, parker makes a classic lucio fulci joke, kevin's safety concerns, sean's crankin' bonnie rait again, you talkin' fandome to me?, who is the fakest looking batman of all the batmen?, our weekly news plus blu-ray picks and even more!

Also, if you like the show, please take a minute and subscribe and/or comment on us on iTunes, Stitcher, Blubrry or Podfeed.net. Check us out on Facebook and Twitter! We'd love to see some of your love on Patreon - it's super easy and fun to sign up for the extra bonus content. We'll have a summah for your love and support. Please avoid checking out this embarrassing merchandise.
Labels: animation Austin Austin Stories Borrowed Time Chip Pope Dana Gould Eli Roth Greg Nicotero Howard Kremer Junk Food Dinner Laura House MTV Pixar short films Summah texas The United Monster Talent Agency