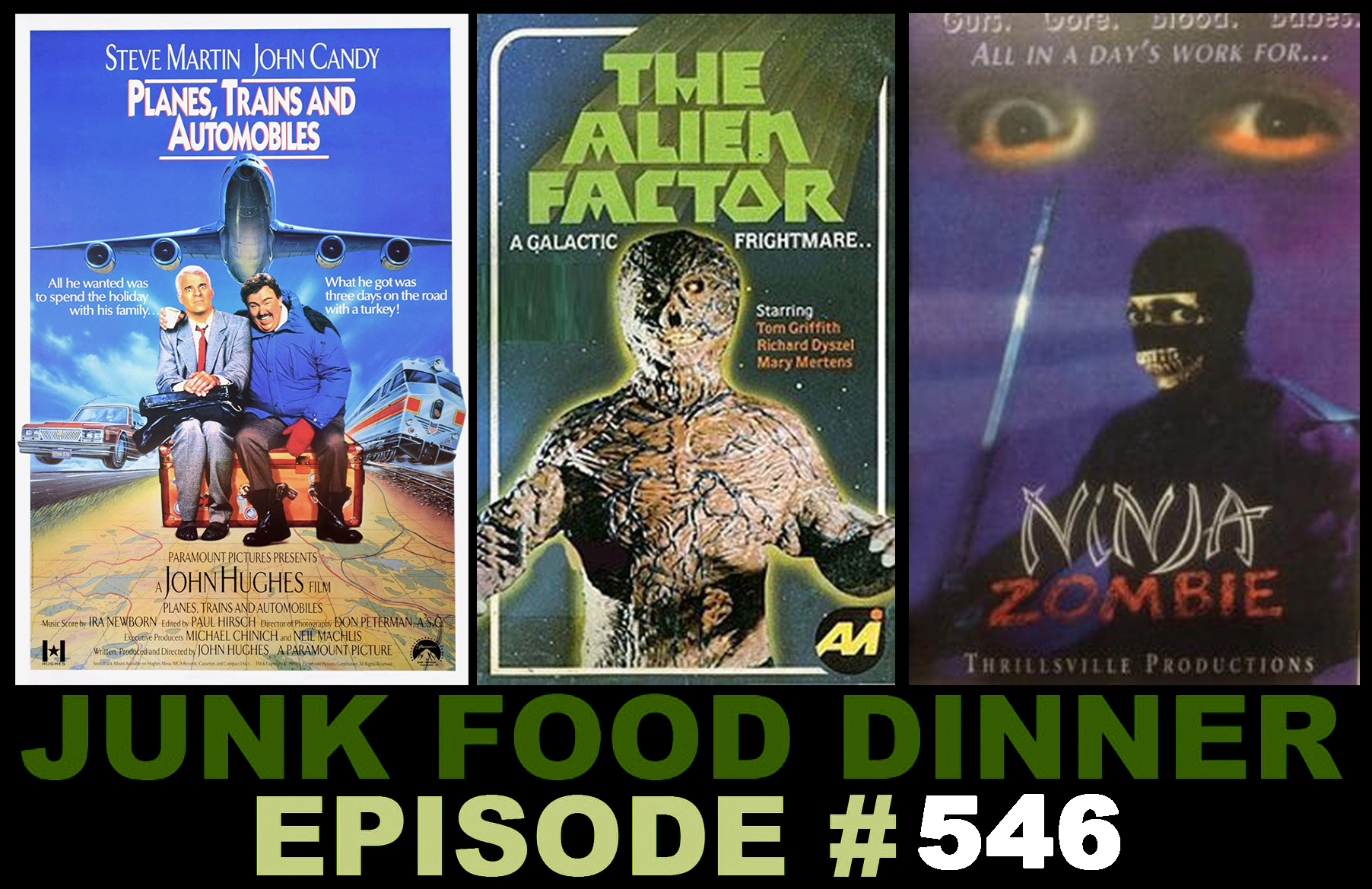 It's been a long & lonely year in Junk Food Dinner land, without all the late-nite Corn Gorn partying and early-morning Ghoul Summer partying we're used to. The only silver lining in this hellish cloudscape has been the steadfast support of our loyal Dom Deluise Patreon Patrons, who have pledged to keep us warm all winter long with their hot-ass movie picks. And this week we got three scorchers!


Up first! Y'all remember that popular winter holiday everyone celebrates and makes movies about? Well, 1987's Planes, Trains and Automobiles (picked by Kessa), isn't actually about Christmas - nor, despite the appearance of John "Halloween" Candy is it about All Hallow's Eve. No, good friends of podcastingland, it's that John Hughes movie about Thanksgiving, for some reason! Also featuring Steve Martin! As one-half of an odd-coupling with none-other than the Candy-man himself! It's the one where the grown men share a hotel bed.

Finally! It's a third Patreon-picked film! With a zombie who is also a ninja! Of course, we're talking about the recently unearthed-by-AGFA Ninja Zombie from 1992. It's that weird and wacky movie that seems like it was shot primarily as an excuse to play with samurai swords in a public park. And isn't that what life is all about?!

Also, if you like the show, please take a minute and subscribe and/or comment on us on iTunes, Stitcher, Blubrry or Podfeed.net. Check us out on Facebook and Twitter! We'd love to see some of your love on Patreon - it's super easy and fun to sign up for the extra bonus content. We'll bathe ourselves in wine coolers for your love and support. With picks like these, you GOTTA #DonloydNow and listen in! Take one last breath, Charlie - you're a charmer!