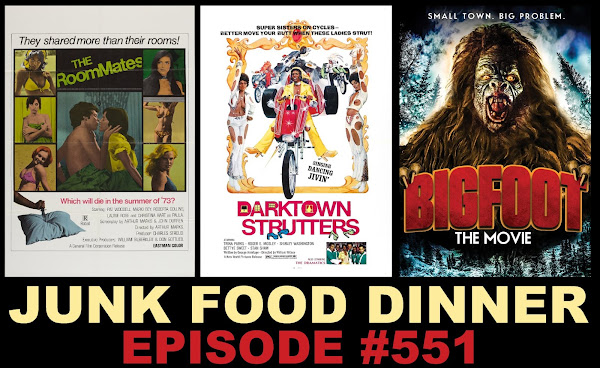 We're back with three more flicks picked by our friends on Patreon!

Next, a group of foxy motorcycle gang members from the inner city face off against the man in "Darktown Strutters."

Finally, a group of Yinzers take justice into their own hands when their town is invaded by a sasquatch in "Bigfoot: The Movie."

All this plus the reveal of Parker's new dog's name, Sean goes Underwater, Kevin wants to be a young nerd, Nerd News, DVDs, Junk Mails and so much more!