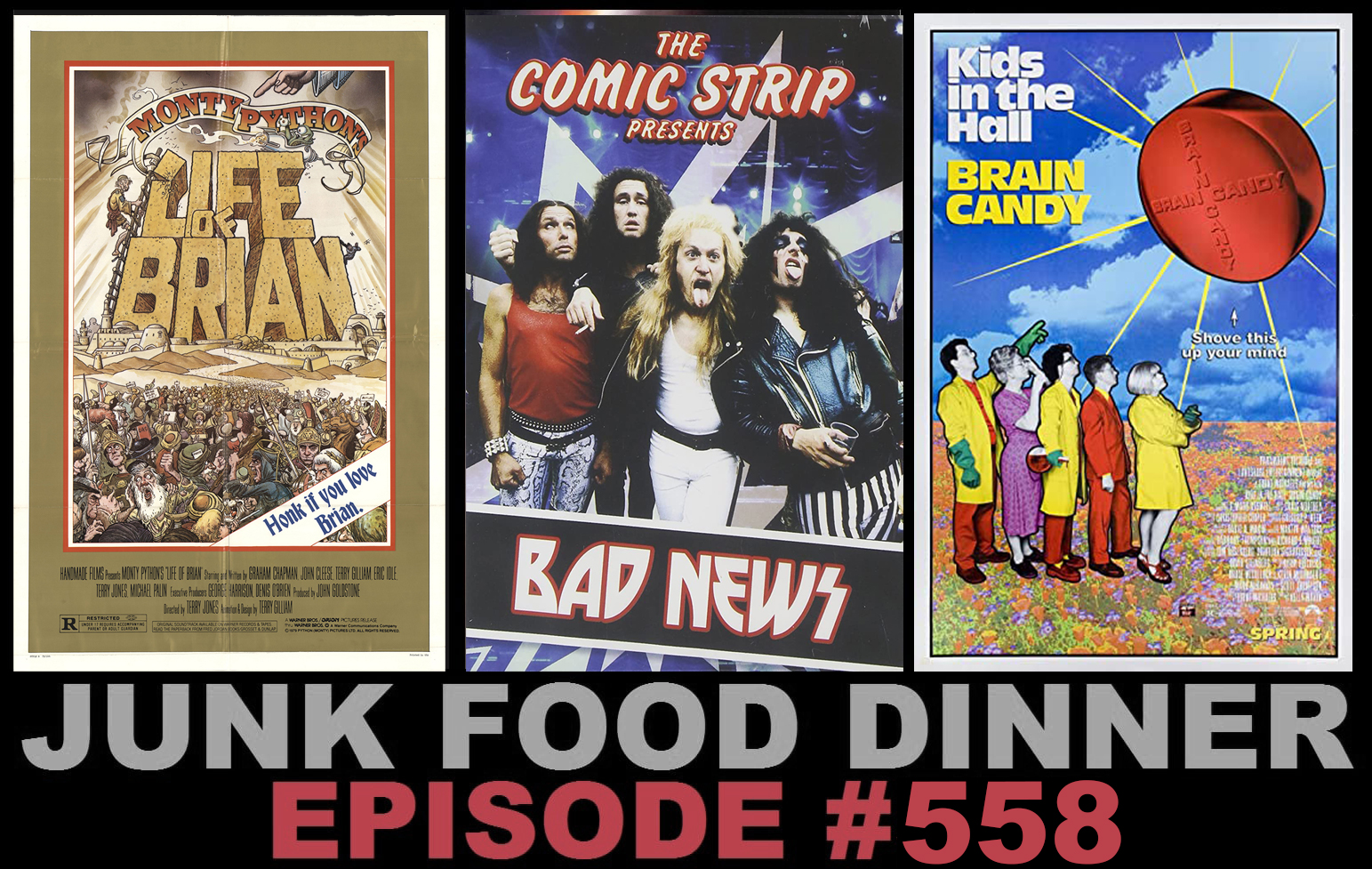 
Up first! In the begining, god created man. But sometime shortly after, Monty Python created Brian. You know, that tan-colored movie your grandpa used to chuckle at while you tried to figure out what the hell people were saying? Well, listen to your favorite internet grandpas discuss this seminal British sketch film. Will Parker quit the show in disgust over his hatred for Monty Python? It's just one of the many mysteries of Monty Python's Life of Brian, from 1979! Here's the link on YouTube!


Next up! Y'all remember the 80's? Unless you headbanged your way into a coma, you probably remember those Spinal Tap lads who skewered hard rock & roll music with their own biting form of Americanized satirization. But did you know the Brits got there first? It's true, and we'll talk all about it as we review Bad News Tour, from 1983! and the sequel, More Bad News, from 1988! Starring the cast of The Young Ones! And here's the link on YouTube!

Finally! Of course, it's 1996's Kids in the Hall: Brain Candy. Did you think we would do a sketch comedy theme show and not review Brain Candy? No - it's Brain Candy, alright. Watch along with us on YouTube!

Also, if you like the show, please take a minute and subscribe and/or comment on us on iTunes, Stitcher, Blubrry or Podfeed.net. Check us out on Facebook and Twitter! We'd love to see some of your love on Patreon - it's super easy and fun to sign up for the extra bonus content. We'll trap ourselves inside our happiest memories for your love and support. With picks like these, you GOTTA #DonloydNow and listen in!