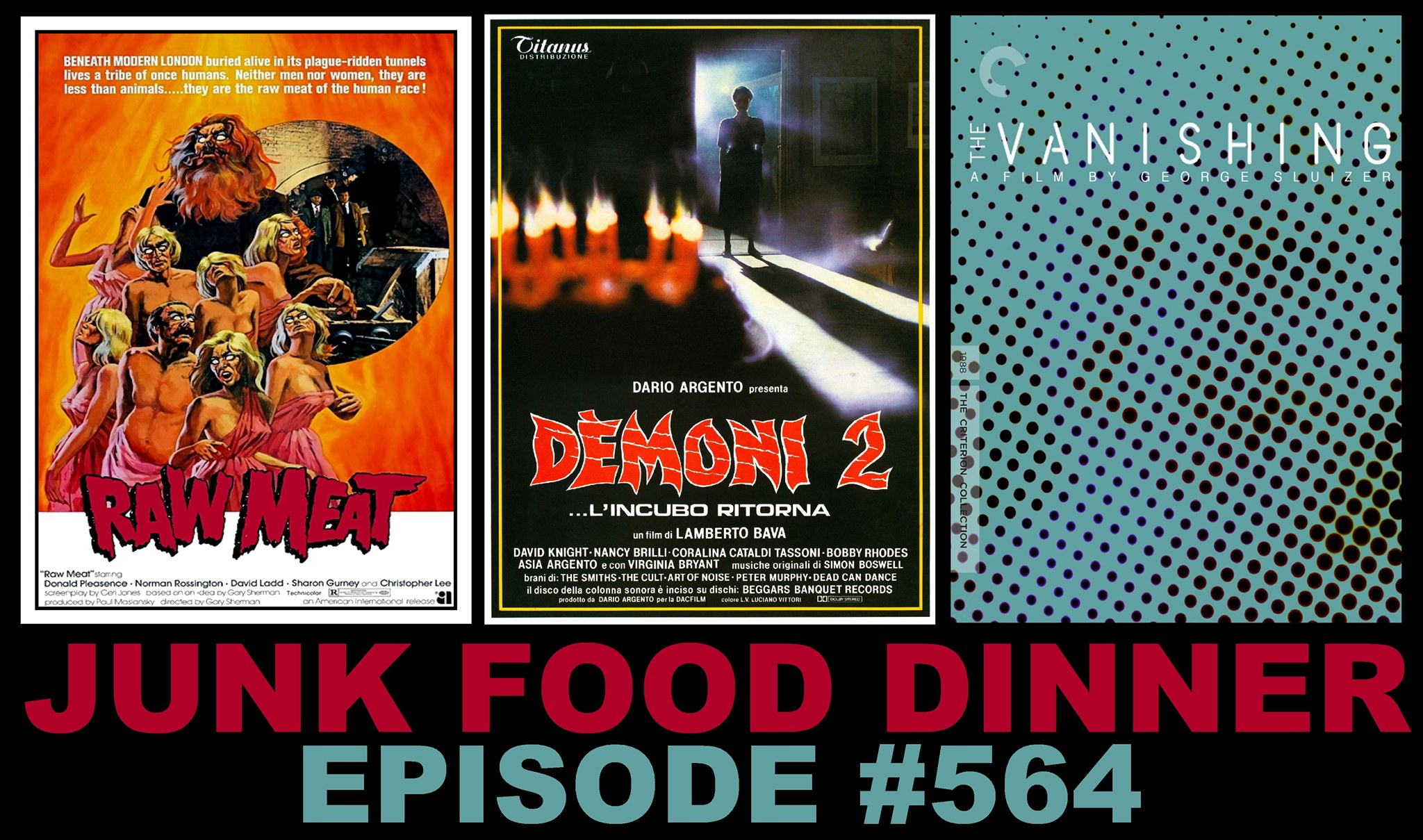 Hot dang! It's another Patreon-picked banger episode of Junk Food Dinner? This is insane! It's already time for us to once again chat about three fine films selected by YOU, the Patreon donor who helps keep this weird podcasting dream of ours alive?! Why click click here to check out our Patreon offerings yourself?


Up first! It's 1972's Raw Meat! Donald Pleasance, Christopher Lee, and director Gary "Poltergeist III" Sherman come together for this early cannibal pseudoslasher, which none of us had seen. Thanks to John T for hipping us to it!


Next up! Y'all remember Italian 80's horror movies? Y'all seen Demons? The Lamberto Bava flick with the ghouls that attack a cinema? We're reviewing the sequel, Demons 2, from 1986! It's pretty dang similar except this time, it's a high-rise apartment! But when you're dealing with a banger, is similar so bad? Thanks to Josh H for picking it!

Finally! Of course, it's 1988's Spoorloos (aka The Vanishing). It's that Dutch thriller about the disapperance that was remade a few years later in Hollywood. You probably know the one we're talking about. But what do the tour-de-france themes mean?! We may never know, unless somebody tells us. Thanks to Brendon for selecting this one!


All this plus gonzo is squeekin', a great day for non-murdering americans, general kevin buzzkill drops sad facts, totally fungible: no bong included, the tastes of the 1970s, a visual assessment of the heartiness of a stew, somebody out there in Oklahoma loves us, sharing a skittle or two, "Timmy Crabby" perhaps?, the bitter beer face revival, farting werewolf pranks, nerd news plus blu-ray picks and even more!

Also, if you like the show, please take a minute and subscribe and/or comment on us on iTunes, Stitcher, Blubrry or Podfeed.net. Check us out on Facebook and Twitter! We'd love to see some of your love on Patreon - it's super easy and fun to sign up for the extra bonus content. We'll brave the horrors of the London underground for your love and support. With picks like these, you GOTTA #DonloydNow and listen in!