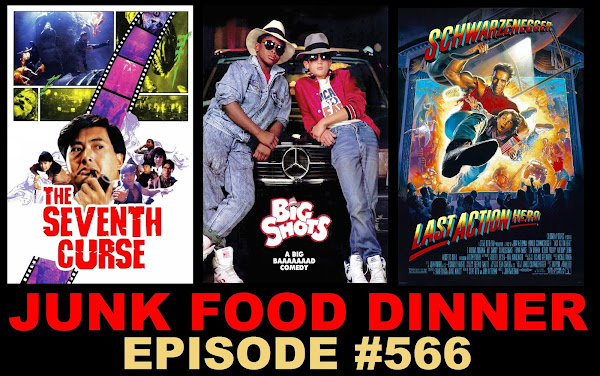 What an incredible episode! Is it possible it contains nine thumbs up?? Listen and find out!

First, A young cop tries to rescue a beautiful woman before she is sacrificed by a tribe in the Chow Yun Fat film, "The Seventh Curse."

Next, a suburban kid befriends a South Chicago kid and they go on a fun crime spree in "Big Shots."

Finally, a young film fanatic is tossed into his favorite movie franchise in "Last Action Hero."

All this plus fun stuff, Nerd News, DVDs, cool suff, Junk Mails and so much more!