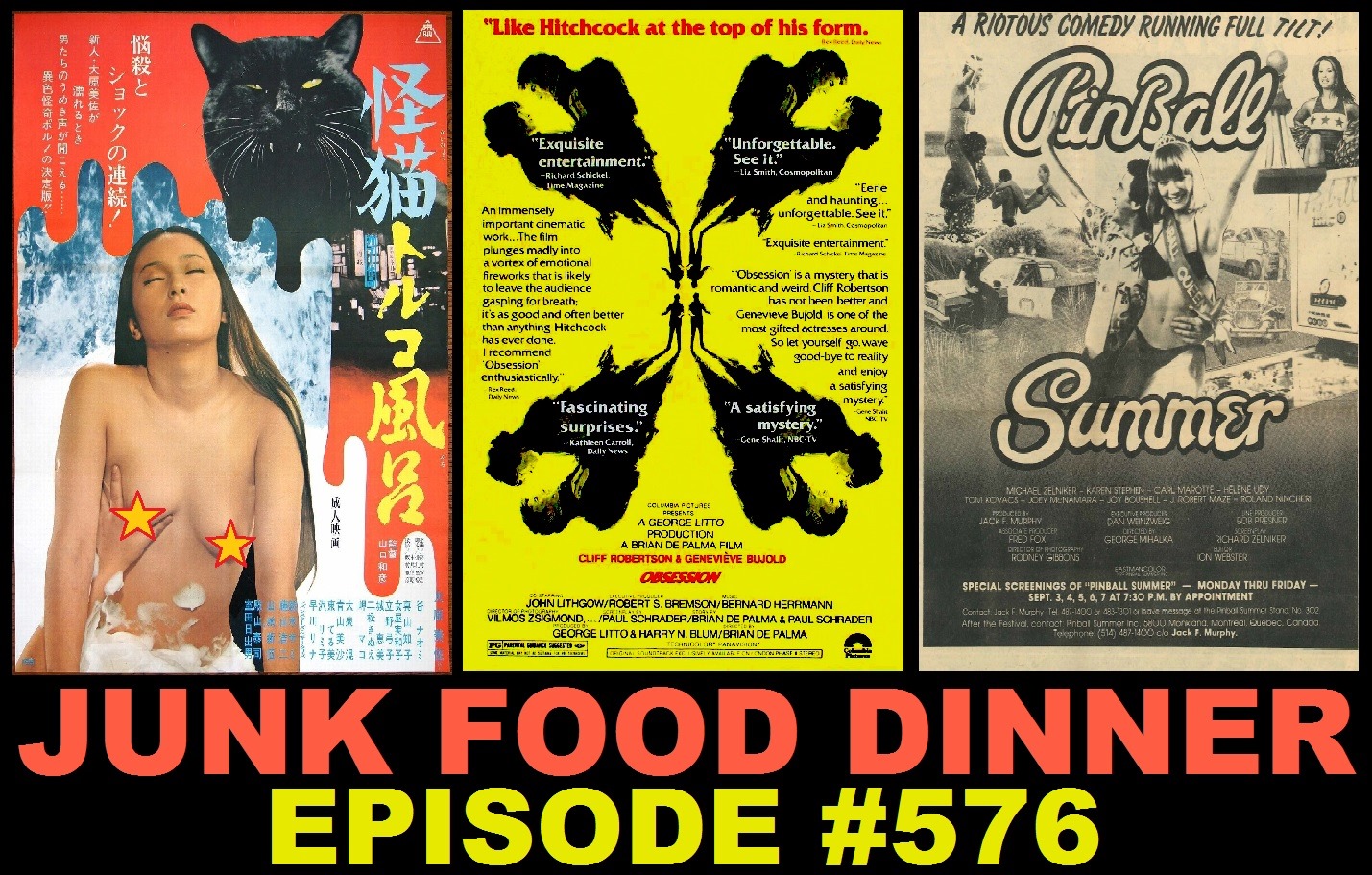 Hey there! Remember that time we all learned about the birds and the bees from John Lithgow in the back of a bitchin' van in Montreal? What's that, you don't? Well, cram this new JFD in your ears and see if it jostles the old memory banks.


Next up! You've tasted the popular perfume, now take a swig of the less-popular Brian De Palma film. We're gabbing of course about Obsession, from 1976. This is the one he directed after Phantom of the Paradise - you know, the very Hitchcock-y movie he dragged Vilmos Zsigmond to Italy for? We got lots of thoughts on all these twisty turns the movie makes.

Finally! Of course, it's 1979's Pinball Summer (aka Pick-Up Summer). Another entry in our long line of reviews about obscure teen sex comedies, this one has the distinction of featuring the fifth male lead from My Blood Valentine and some unremarkable locations shoots in Montreal, Canada. Crank this review while driving down the street in your bubble-windowed vans.


All this plus The Great Parker Bowman Swindle, the Chinese Superman, A Needle-drop Nightmare on Fear Street, a really big announcement, Blockbuster Night: 1999 Edition, time's up: Steve Zahn, gladitorial mix-ups, verified butthole pleasures, the van with the wiener painted on it, a revelation about the famous wall-peeing party (or was that on the boner episode?), nerd news and even more! Recorded live-to-tape on National Shark Awareness Day, 2021!!