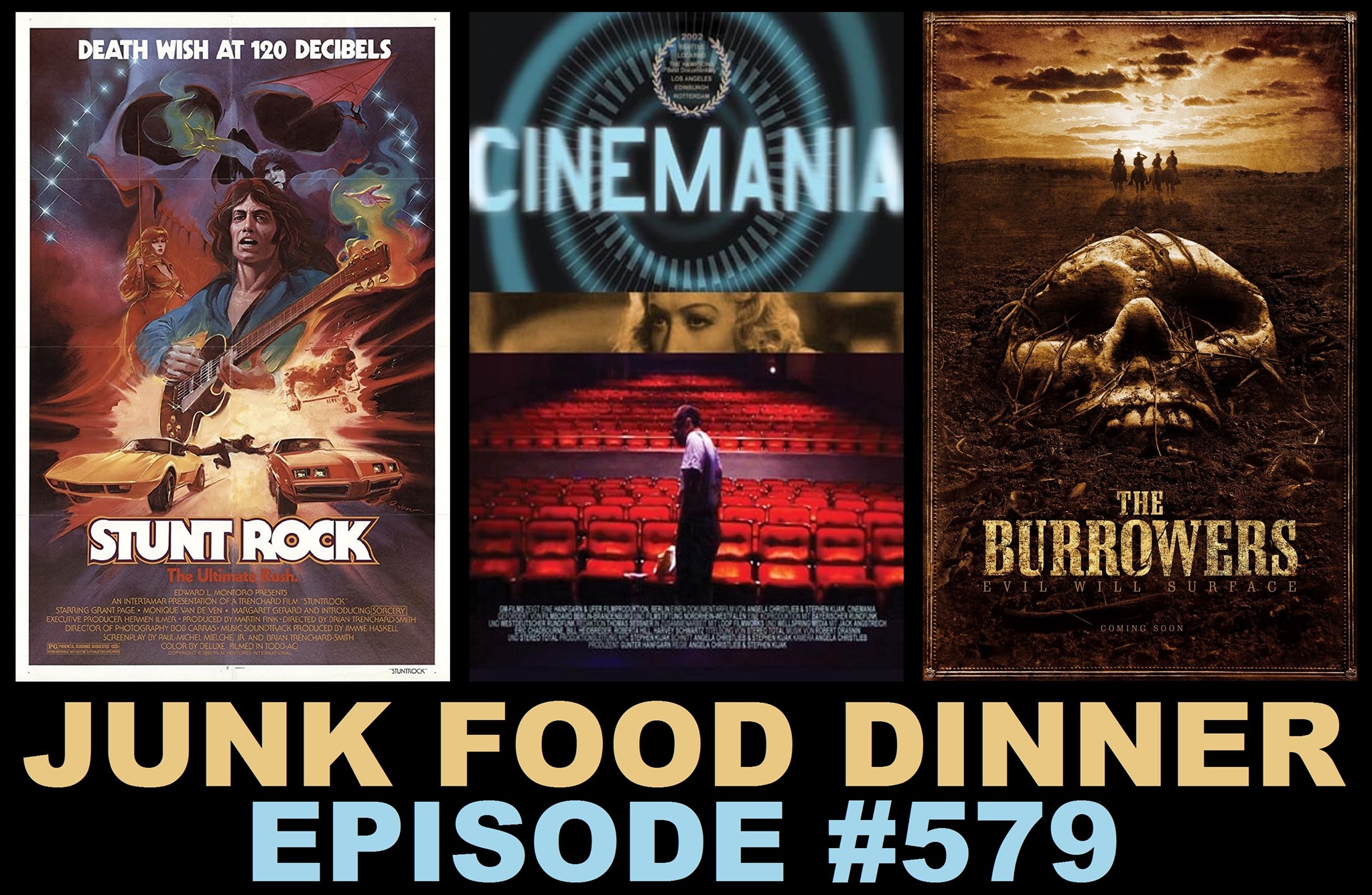 Hey there! What do Australian stuntmen, New York cinephiles, and Old West Vampire Slugs have in common? If you answered "they're who hosts this podcast every week", well - that's not only incorrect, it's rude. But we WILL be talking about them this week in our reviews! Together with Zach! From the Shuffle.Repeat Podcast!


Up first! It's 1978's Stunt Rock, the first and only movie whose entire scope of ambition was limited to combining a type of music with a type of previously-filmed footage! But given that the mostly pre-recorded footage stars Australian stuntmaster Grant Page, and the music is from none-other-than Rocktober Blood's very own backing band (Sorcery! the band with the magic tricks!), and the director is Brian "Leprechaun in Space" Trenchard-Smith, whether or not the normal rules of film criticism even apply is perhaps up for debate. Rock along with us as we discuss our favorite death-defying manuevers and whether or not this Sorcery band is any better than KISS.


Next up! There's only ONE documentary we know of that chronicles in extensive detail the filmgoing habits of the people who annoy Mark Freado the most. And based on that alone, we knew we had to see it, no matter what kind of subway gymnastics might be required. We're gabbing of course about Cinemania, from 2002. It follows a group of obsessed movie goers as they obsessively go to the movies. But what do they think of Attack of the Crab Monsters?

Finally! Of course, it's 2008's The Burrowers - a weird western with even weirder creatures. And we're not even talking Mapothers here. But it does have Mapothers (buyer beware). If you like toothy molemen, though, you'll be hyped.

Also, if you like the show, please take a minute and subscribe and/or comment on us on iTunes, Stitcher, Blubrry or Podfeed.net. Check us out on Facebook and Twitter! We'd love to see some of your love on Patreon - it's super easy and fun to sign up for the extra bonus content. We'll soon be confronting the warm embrace of Ghoul Summer for your love and support. With picks like these, you GOTTA #DonloydNow and listen in!
Labels: Brian Trenchard-Smith Cinemania Cinephiles Grant Page Junk Food Dinner Podcast Stunt Rock The Burrowers Weird Western