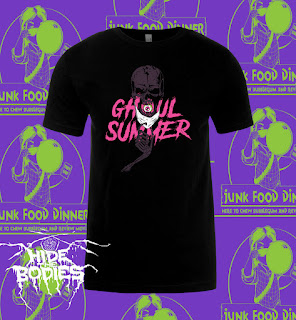 They are available for pre-order now at Hide The Bodies! The pre-order goes through September 10th, 2021 and once they're gone, they're gone! So, don't hesitate! The best way to ensure you get one (or two) in the size you want is to pre-order now!