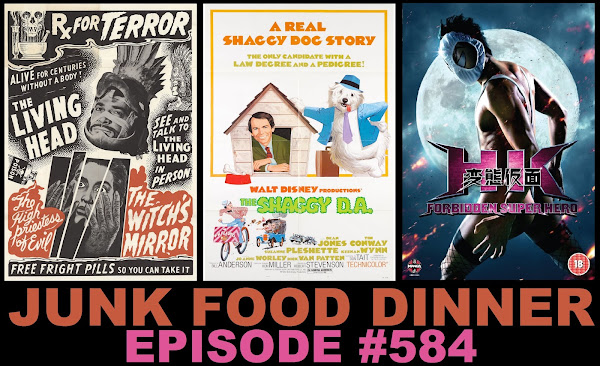 But first, go buy a Ghoul Summer T-shirt from Hide the Bodies.

In the first movie, a witch gets revenge for the death of her god-daughter in "The Witch's Mirror."

Next, an aspring politician is cursed to occasionally become a dog in The Shaggy D.A.

All this plus Nerd News, not Nerd News, Parker breaks up with Marvel, intermission, a Sliders announcement and so much more!