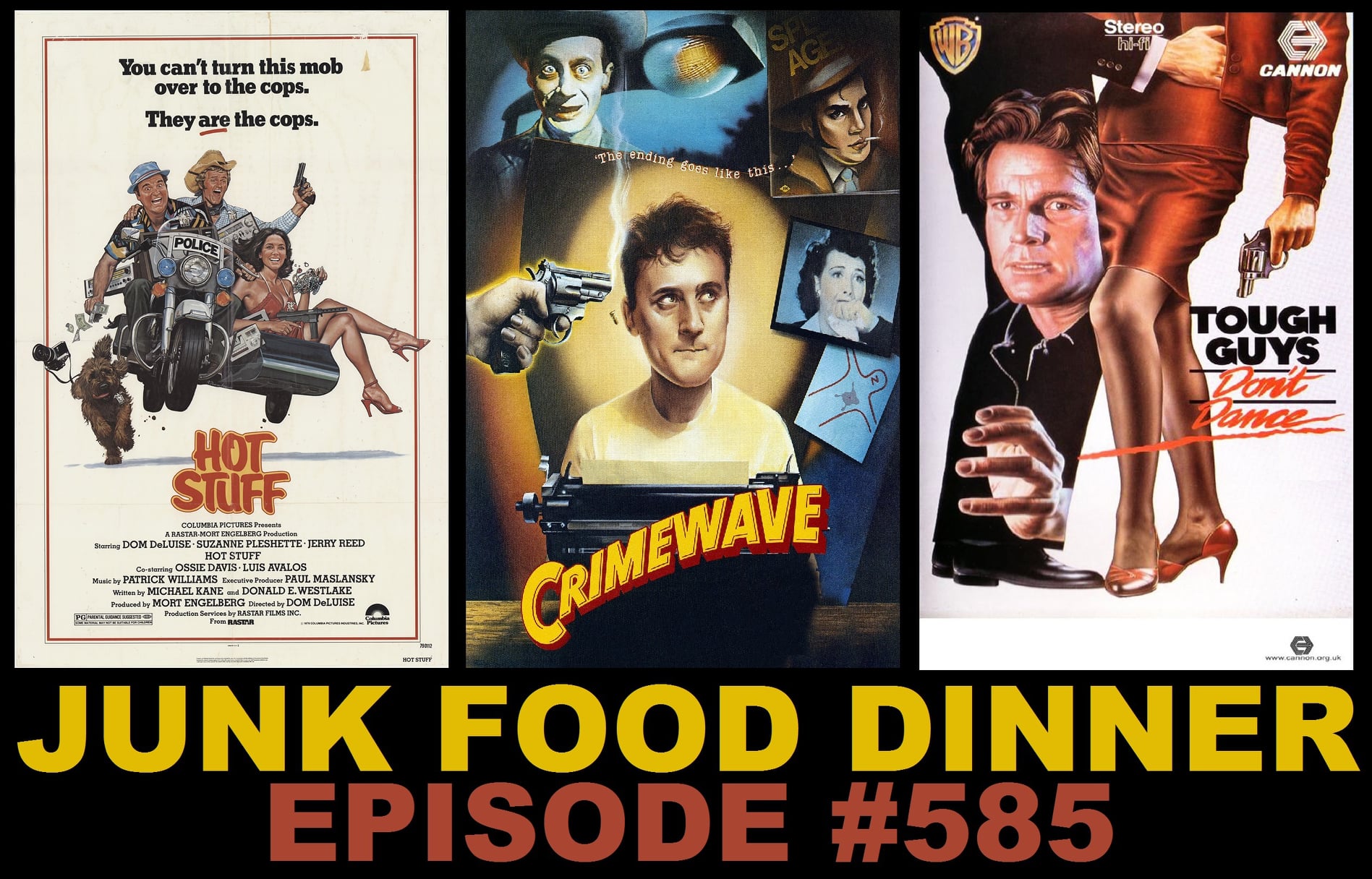 The results are in! We've got the official thoughts and criticisms and witticisms regarding the THREE weird movies our everlasting friends from the Dom Deluise Patreon Club have picked for us this month. And you'll never believe which tough guys are in 'em!!
Up first! It's 1979's Hot Stuff, which is neither a sex comedy nor an official sequel from the Smoky and the Bandit franchise. But it might be a spiritual sequel, and it's definitely got Dom Deluise (the actor, not the Patreon tier). Listen along as we explore Dom's only (notable) directorial effort, in which he, Jerry Reed and Suzanne Pleshette serve and protect the community by flipping old wares in and old wares-house. With fat jokes! (thanks Ricky O!)

Next up! We've done Sam Raimi's 1985 film Crime Wave, so of course we're reviewing John Paizs's 1985 film Crime Wave aka The Big Crimewave (from 1985). This confusingly-titled and confusingly-realized debut feature from the Canadian auter concerns the screenplay-writing escapades of an old-timey film fan as well as some on-and-off-screen crimes. With surrealist photography! (thanks Eddie!)

All this plus the death of a clown, Kevin's adventures at HorrorHound Cincinnati, a reluctance for early Pumpkin Pie consumption, the great skeleton shortage of 2021, Halloween pancakes, ass-slappin' on goofballs, Dom Deluise appreciation, your exciting new magazine subscription, nerd news and even more! Recorded live-to-tape on National Ants on a Log Day, 2021!!

Also, if you like the show, please take a minute and subscribe and/or comment on us on iTunes, Stitcher, Blubrry or Podfeed.net. Check us out on Facebook and Twitter! We'd love to see some of your love on Patreon - it's super easy and fun to sign up for the extra bonus content. We'll time travel to 1985 and release our own film called Crime Wave for your love and support. With picks like these, you GOTTA #DonloydNow and listen in!
Labels: Crime Wave Dom Deluise Hot Stuff Isabella Rossellini Jerry Reed John Paizs Junk Food Dinner Norman Mailer Ossie Davis Podcast Suzanne Pleshette Tough Guys Don't Dance