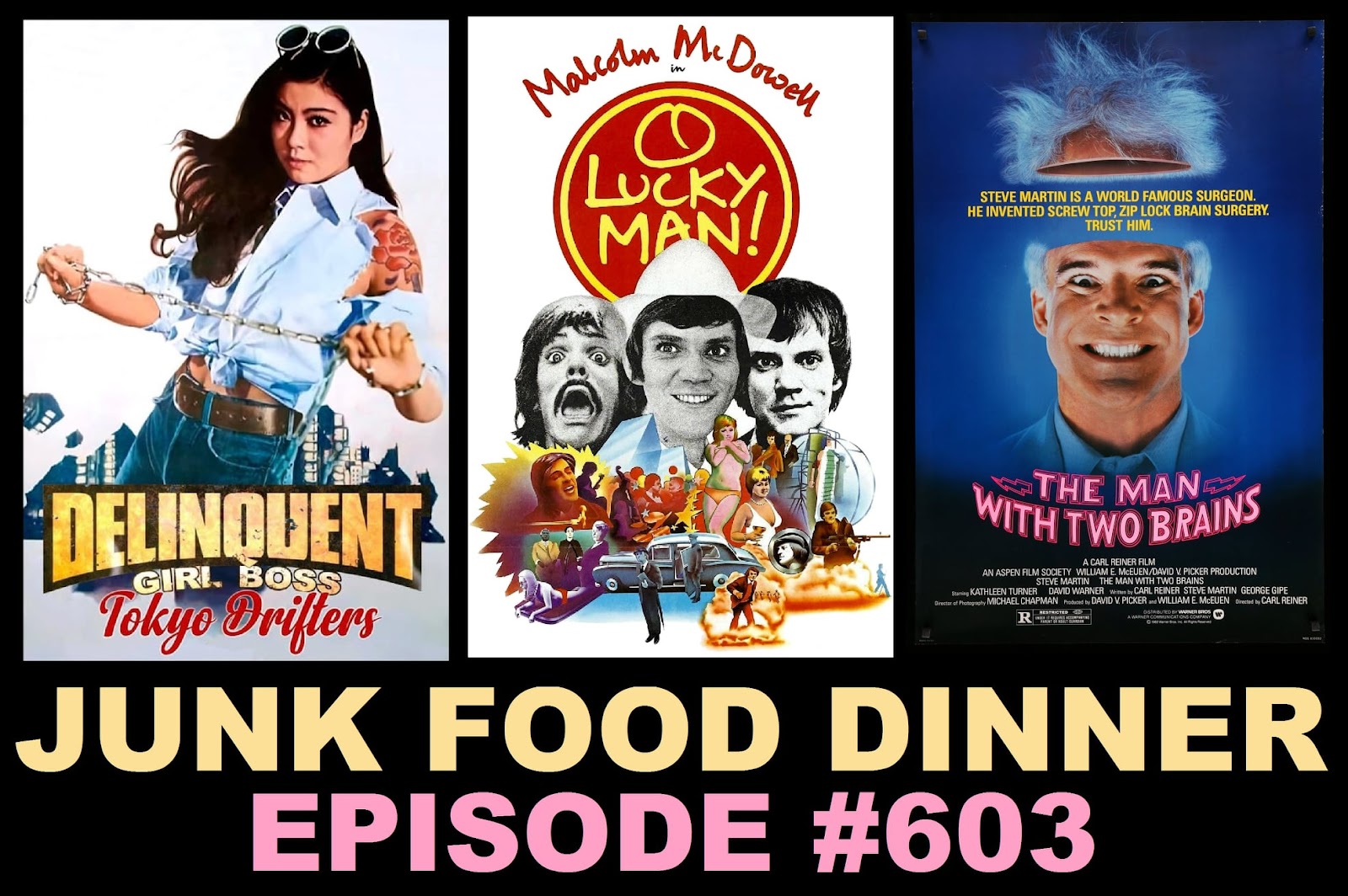 Those intrepid weirdos we call the Dom Deluise Club have done it yet again. And by 'it', we mean they've picked three very different cult flicks for us to review, as is their monthly ritual.

Up first! It's Delinquent Girl Boss: Tokyo Drifters, one of them sleazy pinky violence flicks from Japan (via patreon pal Steve M), coming early in the genre's history with its 1970 release date. In fact, it just might be the earliest movie we've seen in which bare boobs are deployed as a mid-fight distraction tactic.

Next up! Oh no, a 3-hour British flick? O! Lucky Man (from 1973 & picked by Justin D) seems like a surefire way to piss off at least two of your three charming JFD hosts. But can the presence of Malcolm McDowell alleviate the misery? The only way to know is to listen (or check the replay on the evening news).

Finally! Of course, it's 1983's The Man with Two Brains, our long-awaited dissection of this important entry in the series of films Carl Reiner made with Steve Martin. And since it's got both boobs and brains, how the hell did it take all three of us this long to finally see it? (picked by Ricky O)

All this plus strugglin' with Skype, Parker's Wynorski binge, the brittle bones of a 70-year old Gene Kelly, surprising physical media news, the Dinklage Report co-starring Sean, no junkmails, Kevin picks his "trash-art beserker" of the week, boobies floppin' everywhere, nerd news and even more! Recorded live-to-tape on National Observe the Weather Day, 2022!!

Also, if you like the show, please take a minute and subscribe and/or comment on us on iTunes, Stitcher, Blubrry or Podfeed.net. Check us out on Facebook and Twitter! We'd love to see some of your love on Patreon - it's super easy and fun to sign up for the extra bonus content. We'll watch nearly any three hour British flick for your love and support. With picks like these, you GOTTA #DonloydNow and listen in!
Labels: Delinquent Girl Boss: Tokyo Drifters Kazuhiko Yamaguchi Lindsay Anderson Malcolm McDowell O Lucky Man! Pinky Violence The Man with Two Brains