JFD618: Elevator to the Gallows, Revenge, The Clovehitch Killer 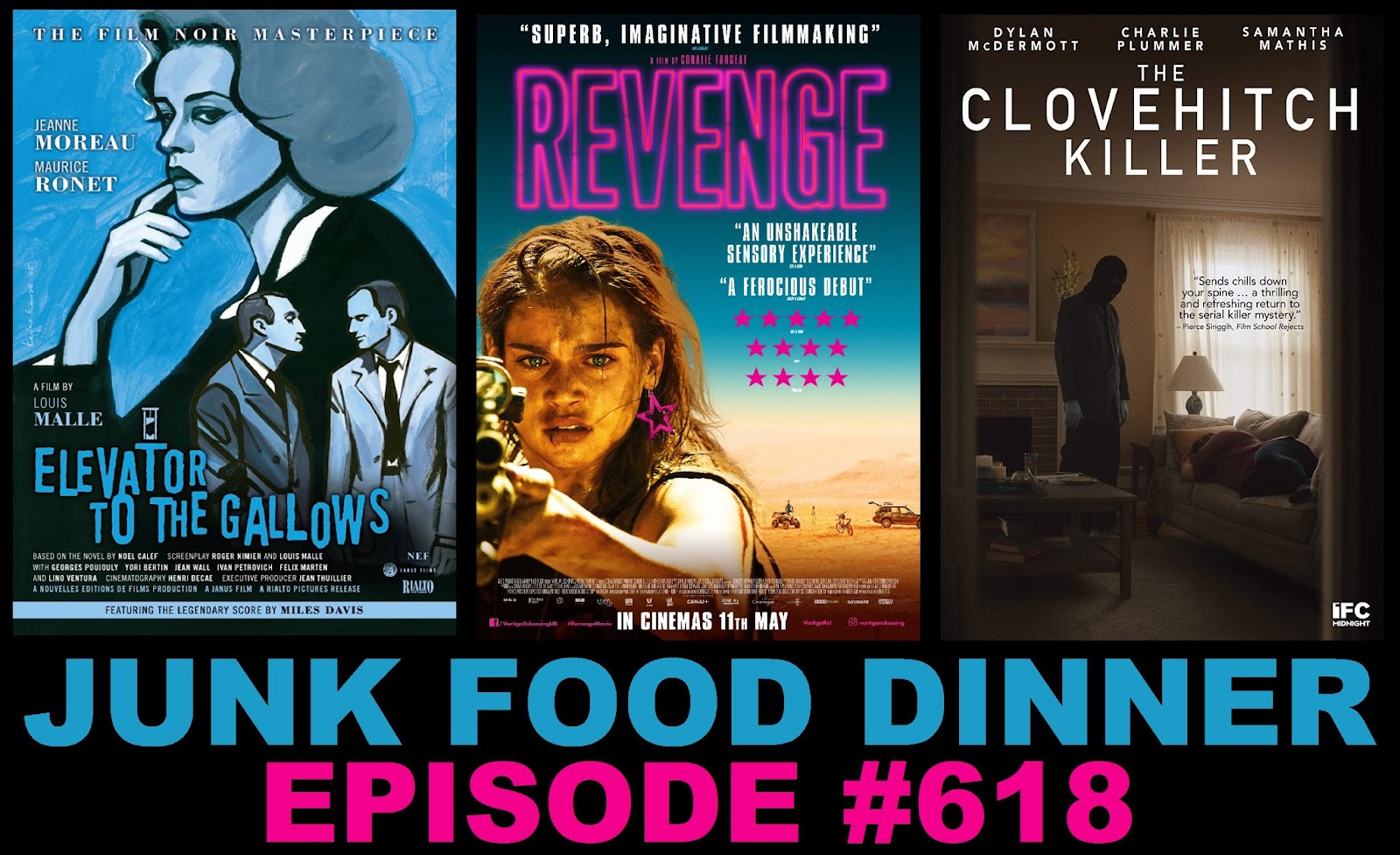 Our eternal friends the Dom Deluise Patreon Pals are in on the mysterious fun with us this week as we review three of their (semi-)mystery movie picks!

Up first! It's Louis Malle's 1958 debut Elevator to the Gallows, a strikingly photographed French film noir with a Miles Davis soundtrack. Picked by Listener Luke!

Next up! We double dip on the French tip with another franco-feature, the sparse but bloody Revenge (from 2017)! It's more or less what you've seen from prior rape/revenge flicks, but with vastly more shots of butts and open wounds on Frenchmen's feet. Thanks to Aaron for picking it!

Finally! Of course, it's 2018's The Clovehitch Killer, because we already reviewed The Office Killer, The Killer Tomatoes/Klowns/Bimbos/Workouts/Sharks, The Driller Killer, The Thrill Killers, Honeymoon Killers, and Fearless Vampire Killers - and didn't want ol' Clovehitch to feel left out. Stars Dylan McDermott. Picked by Travis.

Also, if you like the show, please take a minute and subscribe and/or comment on us on iTunes, Stitcher, Blubrry or Podfeed.net. Check us out on Facebook and Twitter! We'd love to see some of your love on Patreon - it's super easy and fun to sign up for the extra bonus content. We'll move trap ourselves in a French office building's service elevator for your love and support. With picks like these, you GOTTA #DonloydNow and listen in!
Labels: Coralie Fargeat Cult Films Dylan McDermott Film Noir French film Jeanne Moreau Junk Food Dinner Louis Malle Miles Davis Podcast Serial Killers