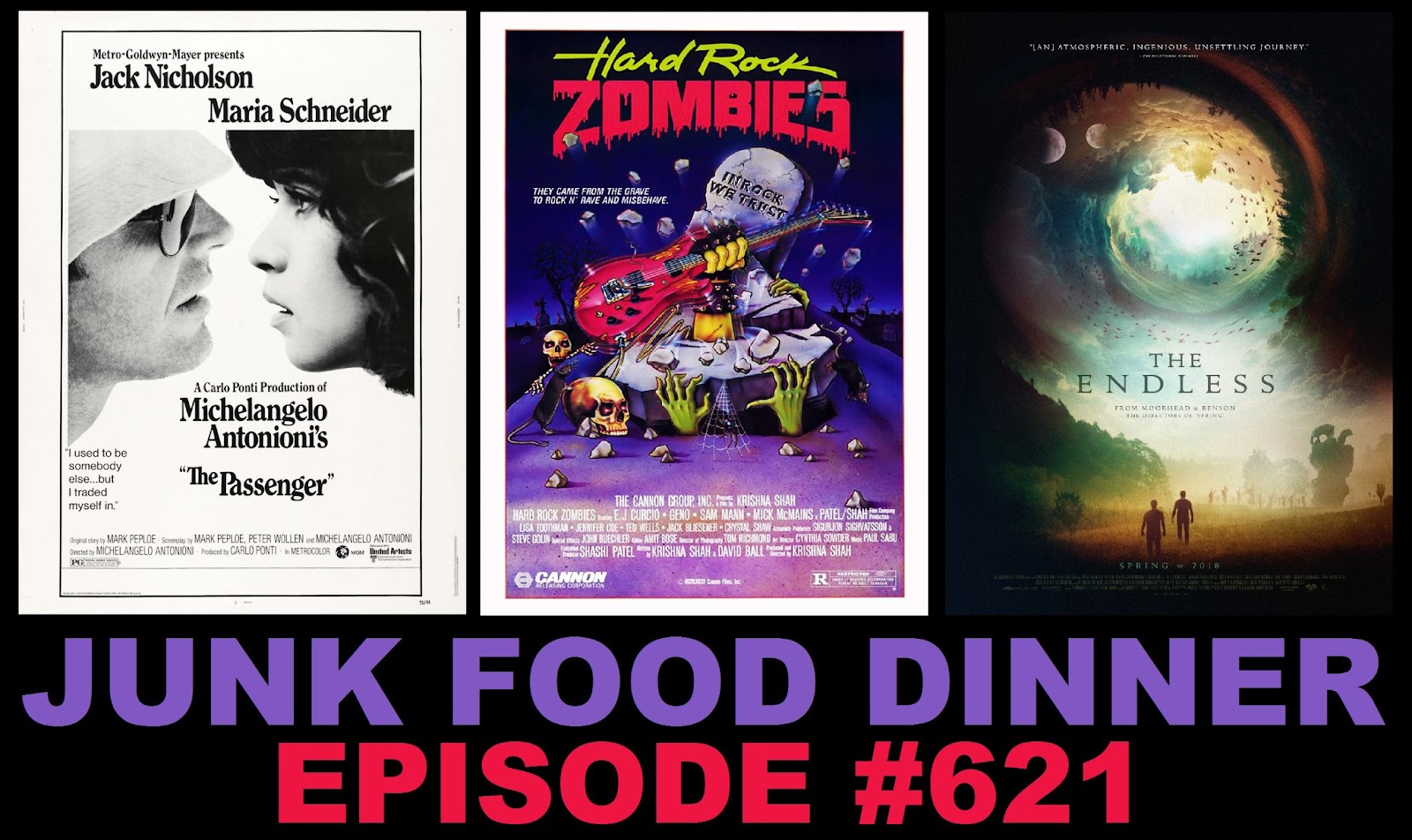 Things are heating up around here at the JFD offices, and we've got three appropriately hot & sweaty cult movies to chat about with you this week. Get ready for a wild one, wherein opinions on movies are discussed in podcast form (a new approach to the medium).

Up first! It's Michelangelo "Mr. Blow-Up" Antonioni's /other/ movie (except all the other, other ones) The Passenger, from 1975! It's the one where Jack Nicholson does some stuff in the desert and then doesn't do some other stuff not in the desert. And there's lots of slow camera movements. But also it's great! (maybe)

Next up! We turn the volume up on another heavy metal horror flick, this time giving Hard Rock Zombies (from 1985) a spin. Recently restored by pixelfiends Vinegar Syndrome, does this horror comedy feature anything horrific or comedic? And does it even feature hard rock? Surely there are zombies? We'll figure out all of this, plus whether or not it has Eva Braun as a werewolf.

All this plus grillin' & chillin', Parker's flaming failure, sexualized bureaucracy, the Star Wars report and other basic bitch shit, Black Sweden, the opposite of cinema, unapologetic Algerian funk, Kevin's favorite newspaper critics, the sound of sweat and dirt, nerd news and even more! Recorded live-to-tape on National Macaroon Day, 2022!!

Also, if you like the show, please take a minute and subscribe and/or comment on us on iTunes, Stitcher, Blubrry or Podfeed.net. Check us out on Facebook and Twitter! We'd love to see some of your love on Patreon - it's super easy and fun to sign up for the extra bonus content. We'll start an undead rock & roll band for your love and support. With picks like these, you GOTTA #DonloydNow and listen in!
Labels: Aaron Moorhead cult movies Hard Rock Zombies Heavy Metal Horror Jack Nicholson Junk Food Dinner Justin Benson Michelangelo Antonioni Podcast The Endless The Passenger