Hey, Junkies!! It's that time of year again! Our annual Schlocktober is upon us! If you're not familar with what we do for October, it's pretty intense. Much like Shock & Awegust and Sci-Fi Ebruary, we dedicate a whole month to one genre (horror) and each week is dedicated to a different movie monster theme show. We're doing things a little different this year, though. If you wanna look at/catch up on past Schlocktobers, you can. Schlocktober III was made up of episodes JFD129-JFD133. Then, JFD79-JFD82 made up Shlocktober II JFD28-JFD32 made up the original Schlocktober. 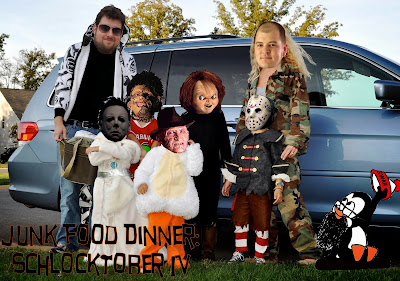